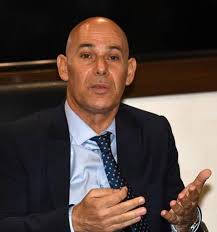 Ron Malka Israeli ambassador to India said that Delhi blast was not a surprise as Israeli missions are under attack all across the world. Israel is under investigation with India on the explosion which took place on Friday near Israel embassy in Delhi, said Malka.

“We are working with India to find who was involved. It is too early to name any group,” Malka told media.

He also said no injuries were reported and full staff members are safe and all the staff members called the blast a “terror attack”.

According to the souces an Iranian hand is suspected behind the blast. In the blast no major damages were reported only a few vehicles were damaged.

He asserted that terrorism need to be fought and assured that India will make sure the safety of all the diplomats and the missions.

“Israeli missions are always under threat. We were not surprised. We knew that something would happen somewhere in the world so we were on high alert in the past weeks. Investigations are still ongoing. There might be different kinds of collaboration,” said Malka in a statement.

The ambassador also said, “We feel safe. We are assured that India will do everything to keep us safe. Yesterday was the 29th anniversary of establishment of diplomatic relations between the two countries so the attack might not be a coincident. There might be a connection.”