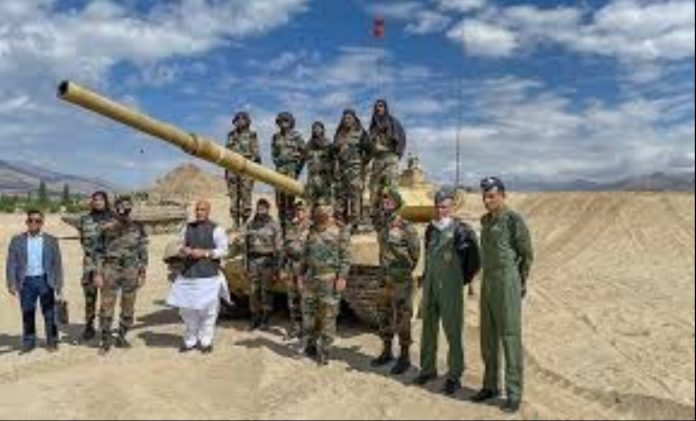 In spite of increase in threats from both Pakistan and China and rising securing challenges, the spending on defence has been decreased by 4% in government’s total expenditure in last six years.

In the Union Budget 2021 announced for the fiscal year 2021-2022, the finance ministry announced a defence budget of Rs 4, 78,196 crore, which is 13.73 of the total Central government expenditure, informed the defence ministry in Parliament.

The percentage of defence budget in the total budget stood at 17.80% in the year 2016-2017, which is decreasing since then and now has dropped by 4% percent.

The figures are essential for true information on the development of defence sector in comparison with the total budget and the GDP, in outright and relative terms it is the part of report of standing committee in defence.

“The committee found that the total Defence Budget (including Miscellaneous and Pensions) is Rs 4,78,195.62 crore for the year 2021-22, which is 13.73 percent of total Central Government Expenditure and 2.15 percent of GDP for the year 2021-22. Also, Capital Budget of the Ministry of Defence for 2021-22 is approximately 25.30 per cent of the total capital expenditure of the Central Government Expenditure,” read the report.

As[ per the defence ministry, the total capital acquisitions which aims at modernisation of armed forces has increased by Rs 41,463.21 crore in outright terms since the year of 2016-2017.

In the report the usage of the funds was also mentioned as informed by the Chief of Defence Staff Gen Bipin Rawat that the funds are being priortised for the operational preparedness for then border disputes.

However, a mismatch in the allocation of funds was also observed as the committe said that there has been a “mismatch between projected and allocated budget for Defence. As against the projection of Rs 6,22,800.51 crore for 2021-22, Rs 4,78,195.62 crore have been allocated for total Defence Budget i.e. a shortfall of 1,44,604.89 crore.”