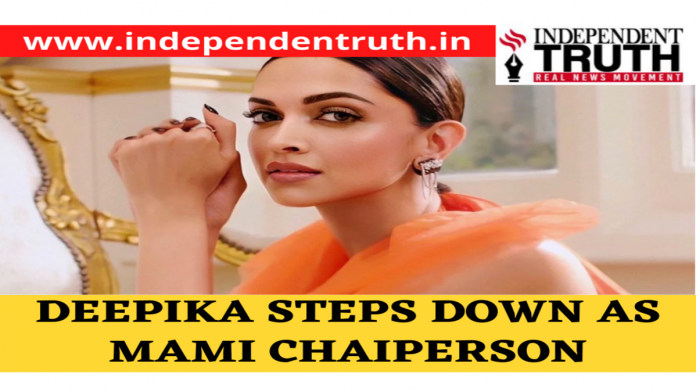 Actress Deepika Padukone, who replaced Kiran Rao as the chairperson of MAMI in 2019 have now decided to step down after heading the public trust for almost two years.

She announced her decision through an Instagram story in which she cited her slate of work as the reason behind it. Actress said that she will not be able to invest her undivided attention to MAMI for its festivals.

The statement which she released read as “Being on the board of MAMI and serving as Chairperson has been a deeply enriching experience. As an artist, it was invigorating to bring together cinema and talent from all over the world to Mumbai, my second home.

I have come to realise, however, that with my current slate of work, I will be unable to give MAMI the undivided focus and attention it requires.

I depart knowing that MAMI is in the best hands possible and that my bond and connection with the academy is one that will last a lifetime.”

Here is a snapshot of her statement :

In 2019 while taking the position as the MAMI chairperson Deepika in her statement had said, “It’s an absolute honour and a huge responsibility. I believe in MAMI’s vision and we are committed to creating a community that cinema lovers and creators of a film passionate nation like ours truly deserve.”