Is Deep Sidhu really the man behind the R-Day Kisan Violence ? 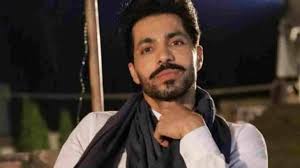 Actor-Singer from Punjab Deep Sidhu who is being blamed for many wrong doings on Republic Day violence. He hid himself from the eyes of police, cameras and farmer comrades on Wednesday.

Two new videos are surfaced on social media, one in which he jumps onto a motorbike to escape and the other shows a vehicle giving him chase as he runs.

On social media he has been accused of waving flag, inciting violence at the Red Fort and the tractor rally. Sidhu’s journey has been like a rollercoaster for last six months and even worst since he has joined the farmer protests.

He is being called a villain and moreover a RSS agent by the farmers and leaders of Sanyukt Kisan Morcha (SKM) functionaries have been projecting him as the villain of the piece, even branding him an RSS agent. In early December Sidhu escaped from “yes or no” approach of the farmers by saying that political diplomacy should not be barred.

Sidhu became famous apart from his identity of an actor-singer when the farmer protests started getting momentum. He started from a morcha at Shambhu barrier in Patiala and talked to federalism, he then started getting supports on social media and many of these supporters are stil supporting him after Tuesday’s event asserting that he is just being made the scapegoat for all that happened on R-Day.

As being part of the farmers agitation he made some statements like, “Political diplomacy has been abandoned… Some communist organisations want a clash so that they can build their politics, which is not desirable at all. Such clashes would be much more dangerous,” and while stating that sons of the mothers who had come to the protest riding on emotions should return home safe he said, “We shall keep a watch if somebody wants to construct a political structure. Leadership needs to take decisions with farsightedness, not just to avert political pressure.”