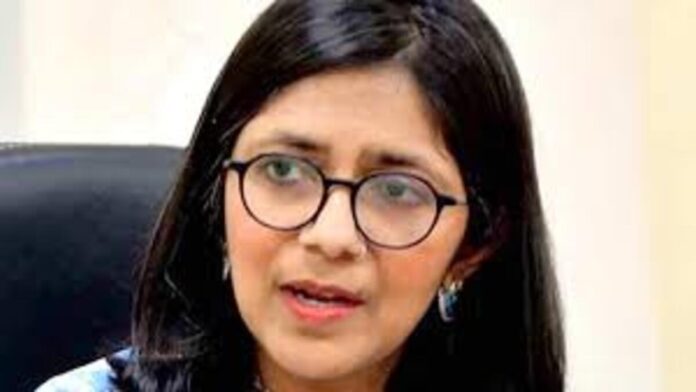 The head of the Delhi Commission for Women (DCW), Swati Maliwal, has retaliated against the Bharatiya Janata Party, which claimed that the encounter was staged to defame Delhi police. On Thursday, Maliwal claimed she was harassed and dragged by a drunk man outside AIIMS after her hand got caught in his car window as he tried to flee. She issued a passionate tweet in which she referred to the accusations as “dirty lies” and asserted that they wouldn’t stop her.

“Let me warn people who believe they can intimidate me by spreading untrue rumours about me. In my brief life, I have accomplished many significant things while wearing a shroud. Despite being attacked repeatedly, I persisted. The flame inside me burned hotter and hotter with each outrage. Nobody has the power to silence me. I’ll continue to fight as long as I’m still alive! “She stated.

The BJP had expressed concerns about Ms. Maliwal’s allegations of molestation on Friday, asserting that the alleged victim is an AAP member and that her “drama” was a part of a conspiracy that has since been “exposed.”

A picture of the accused and AAP MLA Prakash Jarwal campaigning was provided by Mr. Sachdeva. “It has become evident that the incident was a scheme of AAP to tarnish Delhi worldwide by depicting the city as a hazardous city for women,” he added in reference to the photo’s disclosure and Suryavanshi’s history.

Several BJP politicians have claimed that Ms. Maliwal, who was nominated by the AAP, staged the event to discredit the Centre and demoralise the Delhi Police.

Arvind Kejriwal, the leader of the AAP and the chief minister of Delhi, has been attacking VK Saxena, a Centre appointee who serves as Delhi’s lieutenant governor, for allegedly meddling in the operations of the state government. Kejriwal cited Ms. Maliwal’s accusations in order to criticise Mr. Saxena once more and demand that he focus on restoring law and order in the city rather than meddling in the

The DCW chief, a news outlet, and the AAP allegedly planned a plot to disparage the Delhi police but were “caught,” according to BJP lawmaker Shazia Ilmi.

“@AamAadmiParty and… did a sting to defame Delhi and its police and serious questions arise on its credibility. Is cheap politics legitimate on the serious issue of women safety?” she tweeted.

Additionally, BJP MP Manoj Tiwari made a video zooming in on an image of the suspect posing next to the AAP MLA. He described the incident as a “false sting,” while commending the Delhi police for responding quickly to apprehend the suspect.

According to Tiwari, the case should be properly investigated, and call logs for the accused should be examined to see who he was in contact with.

Meenakshi Lekhi, a union minister, joined other members of her party in criticising the AAP over Swati Maliwal’s alleged molestation charges, claiming it was all a part of a plot by Delhi’s ruling party to malign the nation’s capital. Attacking Delhi Chief Minister Arvind Kejriwal, Ms. Lekhi reportedly questioned how far he would go to malign and ruin Delhi.