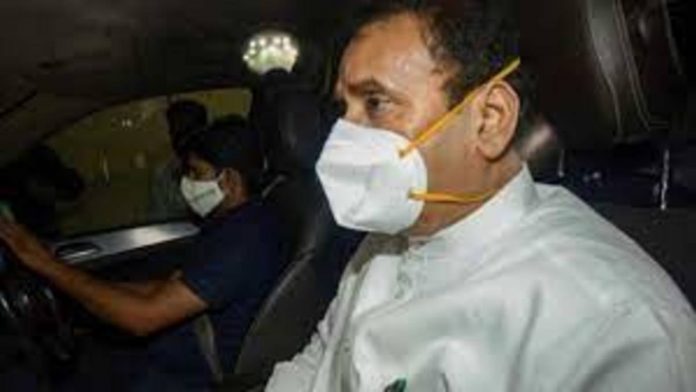 The Enforcement Directorate (ED) has summoned former Maharashtra home minister Anil Deshmukh in a money laundering case at 11 am on Saturday.

After nine hours of questions both personal secretary Sanjeev Palande and personal assistant Kundan Shinde of Anil Deshmukh have been arrested under the provisions of Prevention of Money Laundering Act (PMLA). Both will be presented before a special PMLA court on Saturday.

ED on Friday searched Deshmukh’s Nagpur home as well as his two Mumbai homes in Worli and Malabar Hill. The agency also searched the homes of both Palande and Shinde.

After the raid the ED took the personal secretary and personal assistant to the agency office in south Mumbai.

According to the sources the ED officials have found a money trail of Rs 4 crores which was extorted from about a dozen bar owners and was collected by assistant inspector Sachin Vaze.

The money was purportedly transferred to Deshmukh through some companies situated outside Maharashtra. The companies are owned by close relative of the minister.

As these evidence are enough to arrest Deshmukh and the ED will follow the required procedure to arrest him, the sources said.

Deshmukh’s personal secretary Sanjeev Palande is said to have the information about the purported extortion of money and is a prime witness in the case.

Over the petitions the Bombay High Court then directed the CBI to conduct a preliminary inquiry and then registering an FIR against Deshmukh.