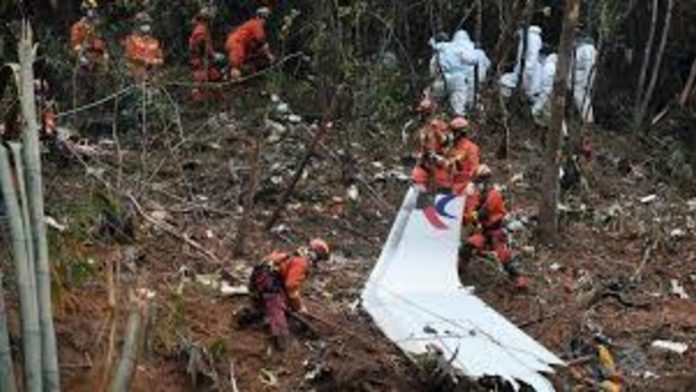 According to the data, the craft when it crashed was flying at 29,000 at a speed of 700 mph. It was carrying 132 passengers and there were no survivors after the incident. It was China’s deadliest aviation mishap in 28 years.

The US officials in their analysis of the data from the black box flight recorders found that an intentional input from the cockpit had led the aircraft meet its deadly fate. According to the officials, the pilots also did not answer any of the calls from the air traffic controllers and the nearby planes at the time of falling.

Jennifer Homendy, the Chairperson of the National Transportation Safety Board of the US, said that a team of investigators had visited China for assistance in the Chinese investigation for the incident, but the investigators did not find any issues in the safety requirements, she said.

The airline said it wasn’t liable for the investigation and referenced to official declarations, including the Chinese government’s synopsis of its intial report delivered on April 20. The synopsis said that information reclamation and examination of the damaged black boxes were still under progress.

The China Eastern said, the two pilots were both in good health and had no family or financial issues. No emergency code was sent from the plane that means that the cockpit security was not expected to be breached, said the Chinese officials.