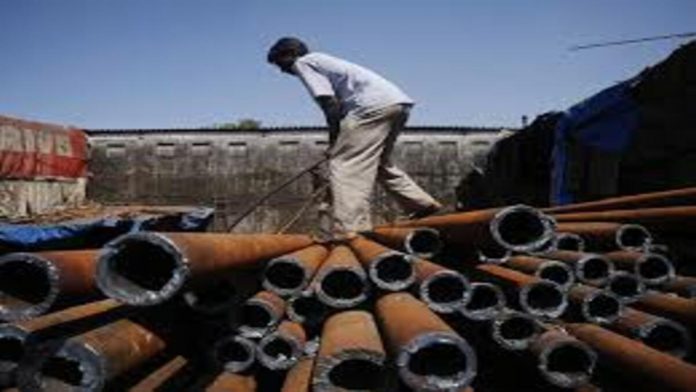 According to figures provided by the National Statistical Office (NSO) on Tuesday, the Indian economy grew by 8.7%. In the fiscal year 2021-22, the Gross Domestic Product (GDP) is expected to expand by 8.7%, compared to 6.6 percent in the preceding year.

In the January-March quarter of FY2021-22, India’s GDP increased by 4.1 percent, compared to 5.4 percent in the preceding three months.

According to data issued by the NSO, the GDP increased by 2.5 percent in the January-March period of FY2020-21.

According to government figures released on Tuesday, the budget deficit for FY2021-22 was 6.71 percent of GDP, lower than the 6.9 percent forecast by the Finance Ministry in the revised Budget Estimates.

The Controller General of Accounts (CGA) revealed the Union government’s revenue-expenditure figures for 2020-21, revealing that the fiscal imbalance in absolute terms was Rs 15,86,537 crore (provisional).

In the budget presented in February 2021, the government estimated the fiscal deficit for the previous fiscal year to be 6.8% of GDP.

According to official figures issued on Tuesday, eight infrastructure sectors expanded by 8.4% in April, compared to a year-ago period when they rose by 62.6 percent.

Because of the low base effect, the core sector experienced an extraordinarily high growth rate of 62.6 percent in April 2021.