Cyclone Tauktae may hit Gujarat coast by May 18 : IMD 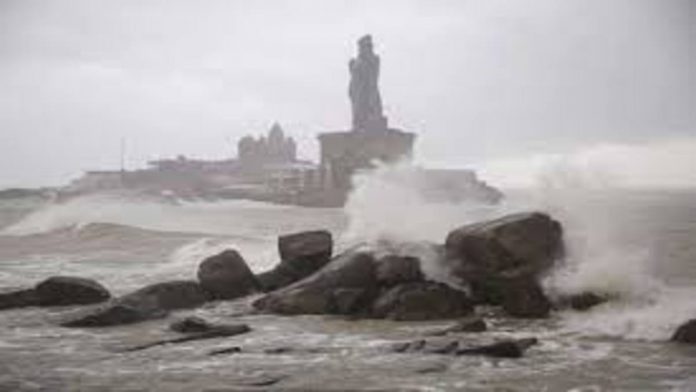 The India Meteorological Department (IMD) on Sunday predicted that the cyclone Tauktae will reach Gujarat by Tuesday (May 18). It also said that the cyclonic storm has intensified.

At around 11:30 PM on Saturday, the cyclonic storm Tauktae was at the centre of the Arabian Sea around 170 km southwest of Panjim-Goa and 520 km south of Mumbai.

“It is very likely to intensify into a very severe cyclonic storm (VSCS), cross Gujarat coast between Porbandar & Mahuva (Bhavnagar district) around May 18 early morning,” the department said.

The speed at which the cyclonic storm is expected to touch the Gujarat coast is measured at 175kmph.

The storm is also expected to cause heavy rainfall in the coastal districts of Gujarat and heavy to very heavy in places like Kutch and Diu, Saurashtra, Porbandar, Amreli, Jamnagar, Rajkot, Diu, Devbhoomi Dwarka including extremely heavy in Gir Somnath and Junagadh.

In an advisory to the state the Union Home Ministry has said that the severe storm may cause damage to thatched houses, power, roads and communication lines mainly in the regions of Kutch, Junagadh, Devbhoomi Dwarka, Porbandar, Amreli, Morbi, Rajkot, Jamnagar and Gir Somnath.

It is also advised to suspend all the fishing operations over the northwest Arabian sea and at the coastal areas of Gujarat on May 17 and May 18 by the Home Ministry.

The IMD has warned total states to stay alert as there may be heavy to very rainfalls and wind of up to 175kmph.

In the mean time total 100 teams are formed for the cyclone of which many are stationed in Amreli, Porbandar, Gir Somnath, Devbhoomi Dwarka, Morbi, Surat, Rajkot, Jamnagar, Kutch, Valsad, Gandhinagar, Navsari, Junagarh, Bhavnagar and Bharuch districts of Gujarat.

The Indian Air Force has also kept 16 transport aircraft and 18 helicopters ready so that if any unfortunate situation arises then it can overcome.

Heavy rains were accounted for in Ratnagiri district of Maharashtra on Saturday and Mumbai is likewise expected to observe showers from Sunday afternoon. The IMD has given an orange alert (which implies heavy to very heavy rainfall) over the whole Konkan and uneven spaces of western Maharashtra, mostly Kolhapur and Satara on Sunday and Monday.

On Saturday the Prime Minister also reviewed the preparedness of states, Union ministries and the concerned agencies to deal with the unfortunate situations that may arise due to the cyclone Tauktae. He also asked all the bodies to take all precautionary measures and to make sure everyone is successfully evacuated.