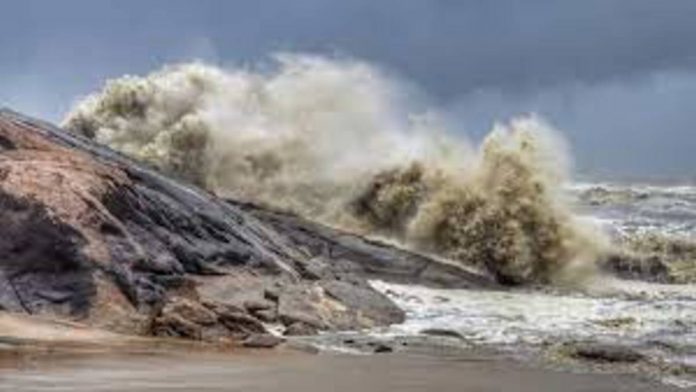 The severe cyclonic storm Tauktae on Monday after 8 pm caused a landfall at the Gujarat coast as it entered the coast close to east Diu with a very high speed winds and heavy rainfall.

As predicted by the India Metrological Department (IMD) the whole landfall will take nearly four hours. “The forward sector of the eye is entering into the land while the outer cloud band lies over Saurashtra. The current intensity near the centre of 160-170 kmph gusting to 190 kmph’, said a statement by IMD at 9 pm.

“As the cyclone passes between Diu and Una and expected to complete the process by 1 am Tuesday, no disruption to any Covid hospital has been reported so far from anywhere in the state,” said Vijay Rupani in a press briefing after the landfall.

Nearly 44 teams of NDRF and 11 teams of SDRF have been deployed all across Gujarat with an action plan in place. Districts like Gir Somnath, Bhavnagar, Porbandar, Bharych, Botad, Anand and Amreli are on high alert.

About 2,00,458 people at large have been evacuated from 840 villages of 18 districts to 2045 shelter homes by Monday evening. Around 1.25 lakh of those are from affected districts of Junagadh, Amreli, Bhavnagar, Gir Somnath and Porbandar.