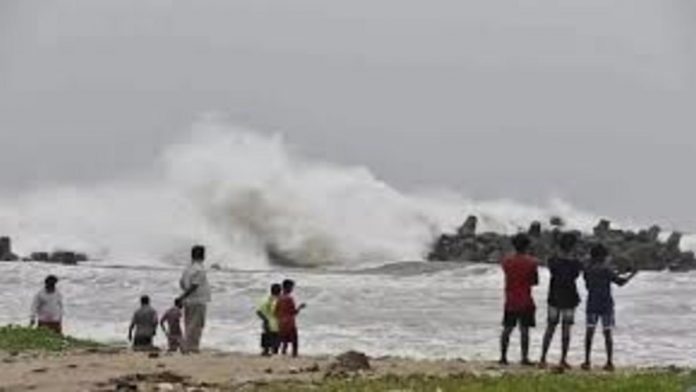 On Monday, the depression over the southeast Bay of Bengal is predicted to intensify into a deep depression, then a cyclonic storm, according to the India Meteorological Department. Cyclone Asani is expected to proceed along and off the Andaman Islands, threatening Myanmar and the south Bangladesh coast, according to the forecast service.

Meanwhile, as Cyclone Asani approaches, torrential rain and strong winds have pummelling the territory, prompting the Andaman and Nicobar Islands administration to begin the required preparations.

2) As Cyclone Asani approaches, heavy rain and strong gusts are falling across the North and Middle Andaman and South Andaman districts, including Port Blair.

3) The administration of the Andaman and Nicobar Islands is undertaking emergency preparations to limit the damage caused by the cyclonic cyclone. People residing in coastal parts of the Andaman and Nicobar Islands were evacuated to safety, according to officials, after Cyclone Asani brought heavy rain and strong gusts to the archipelago on Sunday.

4) The National Disaster Response Force (NDRF) has sent some 150 workers, and six relief camps have opened in various regions of the islands, according to officials. Pankaj Kumar, the Disaster Management Secretary, said that 68 NDRF personnel have been deployed in Port Blair, with 25 each in Diglipur, Rangat, and Hutbay.

5) The local government has suspended inter-island shipping as well as services to Chennai and Visakhapatnam. Furthermore, as the year’s first cyclonic storm approached the archipelago, fishermen were advised not to go out into the water.