CPM Comes Up With A Full Transformation For Bengal Assembly Polls

Young faces, poll jingles set to popular folk and Bollywood hits, eye on the long term: how West Bengal CPM is making itself noticed from the sidelines. 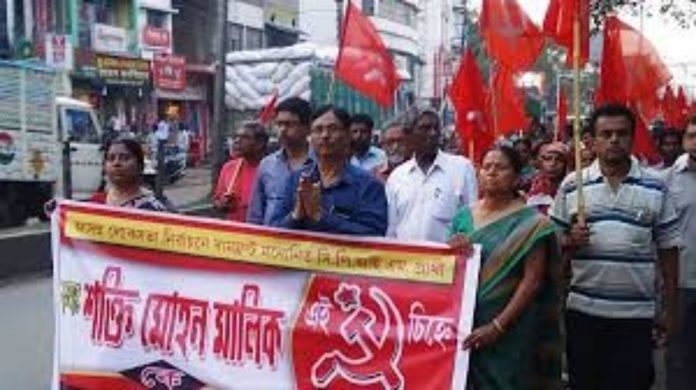 The CPM in West Bengal has also released its list of poll candidates days after it faced a criticism of having old leaders. While releasing the list the party said that more than half of the party candidates are below the age of 40. The list also include Aishe Ghosh who got injured during a violence at JNU in January 2020. After getting the CPM ticket from Jamuria she became the first sitting JNU Students’ Union President to contest assembly elections.

Apart from Aishe Ghosh another JNUSU leader, Dipshita Dhar has been also given a ticket. The party has also fielded the student and youth wing leaders Minsakshi Chatterjee and Srijan Bhattacharya from the two main constituencies of these elections that are Nandigram and Singur, respectively.

Sources within the party told that CPM had already planned to field more than half of the younger candidates who are below the age of 40 during a meeting of state committee. The party had seen a declining popularity in the 2019 Lok Sabha polls in youth voters as the figures itself gave an analysis to the party leaders. The ratio of young leaders who were 31 or younger fell from 13.5% in 2015 to 7.68% in 2020 that led party thinking of having younger leaders may help in getting back on track.

As part of its transformation the party has changed its campaigning ways and slogans and has also acquired a popular pop number ‘Tumpa Sona’ as its poll jingle. In its manifestation the party has promised for jobs and assigned its youth cadre with a task to promote its party message on all party’s social sites and making the party trending over the internet.

Later the party released its another jingle ‘Haal ferao, Laal ferao’ which means ‘change your situation, bring in red’. Both these parodies got very trending soon after their launch.

The CPM leaders said that they do not want any change in particular from these elections but want the youth to get mature for the future generation of leader in the running passage of time.

“We always groom young leaders not just from the point of view of votes, but also for the movement. Buddhadeb Bhattacharya, Anil Biswas, Biman Bose, Shyamal Chakraborty, Subhas Chakraborty also emerged as leaders through such a process. This is part of our planning. No doubt, this time we have more young faces. When one is in the Opposition, one always draw the young in large numbers. We are using that opportunity to groom them for the future,” said the CPM State Secretariat member Sujan Chakraborty.

With a straight 10 years of corrupted tenure of TMC Chief Mamata Banerjee and the ‘communal’ and ‘anti-farmer’ amendments by BJP has forced the Bengal people to find a suitable alternative, said CPM leaders claiming itself to be that alternative with youth leaders having fresh minds and who would be working with full credibility.

With several other parties the CPM’s young leaders have also started its large scale campaigning with promises of being credible and honest.

Minakshi Chatterjee, who us contesting against Mamata Banerjee and Suvendhu Adhikari from Nandigram, while campaigning said, “What will Minakshi do after winning the election? Minakshi will organise movements for food, employment. Minakshi promises you that she will not quit the Red flag until her last breath. You will never be ashamed by Minakshi that, after you elected Minakshi, she got corrupted”.