‘Covid-19 vaccines belongs to country not to any party,’ JP Nadda in a letter to Sonia Gandhi 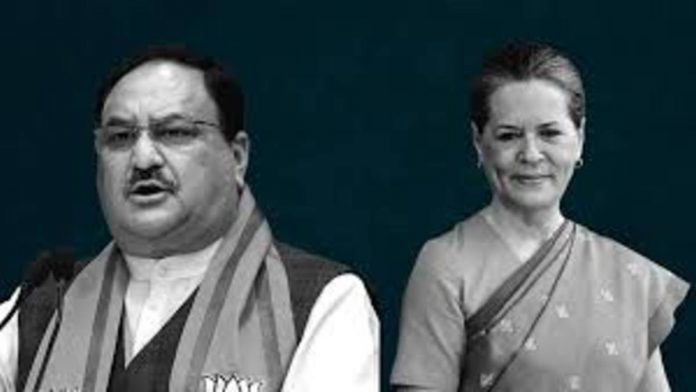 Writing to Sonia Gandhi the BJP chief JP Nadda on Tuesday has urged Congress not to mislead people and disrupt the fight against the pandemic. The top Congress leaders including Rahul Gandhi will be rememberred for their “duplicity and pettiness” for taking on the different opportunity to dissimissivly comment on the lockdowns and the vaccinations, he said.

“I am writing this letter with a deep sense of pain. I would never have written such a letter. But looking at the confusion being created by members of Congress, including CMs belonging to the party, I am compelled to pen my thoughts,” Mr Nadda wrote. “One would wish that while India is fighting Covid-19 with utmost courage, top echelons of Congress would stop misleading people, creating false panic and even contradicting their stands just based on political considerations,” he added.

The BJP said that the Prime Minister Narendra Modi and his government are making all possible efforts to battle against th Covid-19. “Throughout the pandemic, the PM has had consultations with all CMs. Even ex-PM Deve Gowda has acknowledged that,” he said.

Speaking on Congress’s allegation that the Centre is “abdicating” its responsibility from vaccination, he said, “Is there so much of a communication gap between Congress and states it shares power in? In April itself, topmost Congress leaders were calling for ‘decentralisation’ of vaccination.”

Alleging Congress of chosing wrong politics over doing something right Mr Nadda said that the Covid-19 vaccines made in India do not belong to any party but to the country as a whole.

“Your party is doing no favours to itself by opposing lockdowns and then demanding the same, ignoring the Centre’s advisories on the second wave of Covid and saying they didn’t get any information,” said the BJP chief.