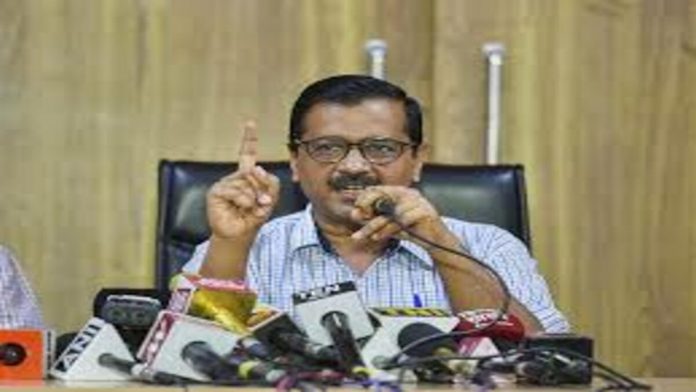 Arvind Kejriwal, the leader of the Aam Aadmi Party (AAP), claimed on July 5, 2022 that there are discussions on the Centre dissolving the Delhi Assembly and making the city a complete Union territory. He claimed that any such action would encounter strong opposition from locals.

On the second day of the monsoon session, the Delhi chief minister (CM) said there were discussions about turning Delhi into a full Union Territory and that there would not be any further elections. Kejriwal addressed the Bharatiya Janata Party (BJP) MLAs present in the House, saying “By disliking Kejriwal, you have started hating the country.” Kejriwal is not important, but the county is, the man remarked.

The Delhi CM attacked the BJP-led Central Government, claiming that they were opposed to elections because they feared the Aam Aadmi Party (AAP). Kejriwal will continue to come and go. Kejriwal is not significant, but this nation will be destroyed if elections are stopped and the Constitution is destroyed.

The BJP is unable to control the AAP, hence there are discussions that they want to dissolve the Delhi Assembly, Kejriwal stated in a subsequent interview with media. However, if this occurs, the people of Delhi will not remain mute. Delhi residents will protest the move in the streets, he said.

He added that the AAP ministers and MLAs are being pursued by the ED, CBI, and police because the national government “fears” the Delhi government. Other political parties in the nation are splitting up or submitting (before BJP). The only party that causes them to wet their pants is the AAP. Kejriwal stated in the House that the two senior BJP officials are afraid of the AAP more than any other party.

When discussing the postponement of the MCD elections, Kejriwal claimed that the BJP was threatening the populace by claiming to have the ED, CBI, and police as well as the ability to have the legislative assembly elections canceled by declaring Delhi a full Union territory.

He said that Satyendar Jain created the Mohalla Clinic model and that Delhi is the only city where top-notch medical care is given to everyone absolutely free of charge. Satyendar Jain was imprisoned without reason by the BJP because they want to malign AAP leaders so that people think we are like them (the BJP), even though they have failed to establish even a hint of corruption in the case.

“Does Manish Sisodia strike anyone as a thief? The BJP is now pursuing him. They assert that they will detain him in August. The day he gets sentenced to prison will be the darkest in our history, I say it loud and clear: this man made sure that 18 lakh children had a bright future.

Invoking a line from the Bollywood film Deewar, the CM claimed that the BJP was frightening Delhi residents by claiming that the ED, CBI, Income Tax Department, and Delhi Police were waiting to find out what they had. “Two crore residents of Delhi declare in unison that Kejriwal is their son. They fear us because of this. They want to hurt me like a thug on the streets, but the people have told them not to even consider it,” he joked.

According to Kejriwal, notices have been issued against various AAP MLAs, including Atishi and Amanatullah, as well as party volunteers. “We don’t fear them, thus all AAP activists, MLAs, and ministers should be prepared to go to jail” (BJP). The Bhagat Singhs of today are people like Satyendra Jain and Manish Sisodia, who bravely oppose the BJP, Kejriwal claimed.

The CM continued by discussing the challenges the central government has been generating for Delhi’s elected government by causing bureaucratic delays. “These people have thrown my file into some obscure corner to prevent me from explaining the Delhi Model to the world, even though I was invited to Singapore to do so. According to Kejriwal, this is the first time a prime minister has allegedly put obstacles in the way of a chief minister’s approval for a foreign travel.

Additionally, he said that the Center had denied him permission to attend a conference last year in Copenhagen where he had been asked to talk about the improvement in the city’s air quality.

In addition, Kejriwal accused the Centre of being preoccupied with trivial matters and attacked the saffron party over rumors of a purported Chinese invasion of Indian territory. He claimed that there was a conflict between the police in Uttar Pradesh and Chhattisgarh over the detention of a TV news anchor.

Similar to how the Delhi Police stepped up and attempted to protect the offender when the Punjab Police arrived in Delhi to arrest an accused person in a case, he added.

“What have you accomplished in this nation? The BJP has arranged for cops from different states to clash with one another rather than confronting China. Shouldn’t the police from every state band together and battle China instead? We are not battling against China, who has managed to invade our country and pose a threat to us, but rather against one another, Kejriwal stated in the House.

The AAP leader further criticized the BJP for degrading the nation’s climate and claimed that over the course of their investigation into the murder of a tailor in Udaipur, the police discovered that one of the two suspects was a party member. He claimed that a terrorist connected to the Lashkar-e-Taiba was recently captured in Jammu with explosives and discovered to be a BJP member.

“Today, I just Googled “rapists in BJP” before being here and found a big list of names. We have previously recognized the BJP as a group of gangsters, thugs, and liars. Terrorists, however, seem to be added to this list as of late. The AAP leader declared that the times we are presently experiencing are a “dark moment” for this country.

A group of 22 Gujarati leaders, including an ex-minister of education, he claimed, had visited Delhi. According to the CM, “They intended to expose the AAP form of governance but could not discover a single flaw or shortcoming.”