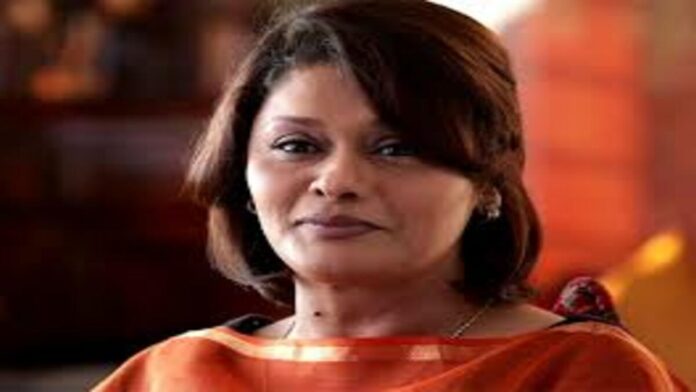 This year, Pallavi Joshi has an impressive track record at the box office. Despite being a “little film” with no major stars, her movie The Kashmir Files has the greatest box office earnings in Hindi this year. Many people have questioned what is wrong with the Hindi film business after some of the bigger movies with bigger stars bombed at the box office. The seasoned performer recently opened up to Hindustan Times about the shortcomings of Bollywood and the shifting course of her own career.

The Kashmir Files had a budget of 15 crore rupees but ended up making over 350 crore in international revenue, partly as a result of positive word-of-mouth. The flight of Kashmiri Pandits from the Valley more than 30 years ago was the subject of the movie, which was directed by Pallavi’s husband Vivek Agnihotri. The movie triumphed at the box office over a number of high-profile films, including Shamshera by Ranbir Kapoor, Laal Singh Chaddha by Aamir Khan, and Samrat Prithviraj by Akshay Kumar.

Pallavi responds, “I am not a specialist in Bollywood thus I don’t know what went wrong with Shamshera or Dobaaraa and other films. When asked what Bollywood appears to be doing incorrectly, Pallavi adds, But I can definitely share with you the things that helped our movie. I’ve always thought that when you present a topic or perform, the audience understands your intention. There were times when I lost focus when performing in front of an audience and didn’t get the same response. And those were the worst days ever. The same holds true for movies as well. People can see through the screen that you are honest.

The Kashmir Files, in Pallavi’s opinion, succeeded because it addressed relevant topics that the nation’s citizens wanted to hear about, when most other movies tended to avoid doing so. “As an artist, the training is to provide a mirror to society,” she claims. Therefore, it’s okay if you have a little anti-establishment sentiment. The movies made by Raj Kapoor, Manoj Kumar, and Sunil Dutt reflect what is going on in the world now. The issues that India was dealing with at the time were the focus of the movies. The issues in India no longer appear in our movies, for whatever reason. There is a disconnect as a result.

The actor also talks on the current social media “boycott Bollywood” trend, in which more and more individuals are urging a boycott of a series of Hindi movies, from Laal Singh Chaddha and Dobaara to Liger and Brahmastra. People need to understand the value of reflection. I believe that everyone needs to reflect if such a significant movement is occurring in the nation. Our audience is everything to us, and without them, we would be nothing. Let’s attempt to keep this in mind and provide them what they request. Give them the stories they so desperately want to see, and watch as they swarm the theatres once more, advises Pallavi.