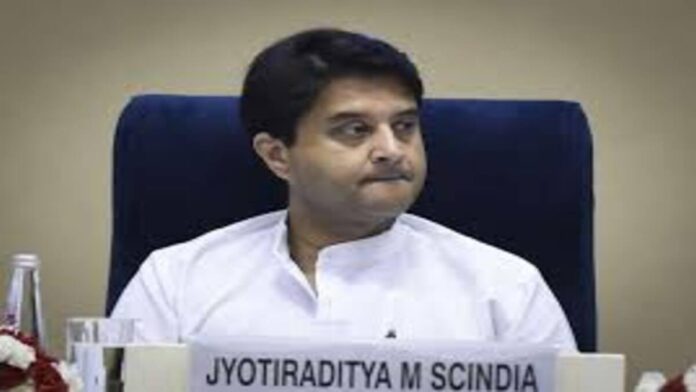 An All India Congress Committee official stated today that Union Minister Jyotiraditya Scindia’s “welcome” statement for the Rahul Gandhi-led Bharat Jodo Yatra in Madhya Pradesh can be interpreted as a sign of his “homecoming.”

On Wednesday morning, the Bharat Jodo Yatra arrived in Bodarli village in the Burhanpur region of Madhya Pradesh from the neighbouring state of Maharashtra.

Regarding the march on November 23, BJP leader Jyotiraditya Scindia had declared, “Everyone is welcome in Madhya Pradesh.”

Jyotiraditya Scindia, a former Congressman, quit the group in March 2020.

The former president of the HPCC and spokesperson for the Congress, Kuldeep Singh Rathore, suggested that it might be a sign of “ghar wapsi.”

He said that the biggest turnout for assembly elections in the hill state is a certain sign of change since voters were dissatisfied with the BJP-led state administration, and he added that the Congress would govern Himachal Pradesh with a clear majority.

According to Mr. Rathore, the BJP’s demise was preordained when it lost three Assembly elections and one Lok Sabha by-election last year after the Congress highlighted price increases, inflation, and poor governance as key themes that dominated the vote.

The MLAs and party high command will choose the new chief minister of Himachal Pradesh, he said.

Horse trading is very much a possibility, but Mr. Rathore stated, “We have complete faith in the integrity of our members.” He urged the party leaders to maintain discipline and added that there were still many obstacles to overcome.