Congress General Secretary and media in-charge Randeep Singh Surjewala has demanded the sacking of Karnataka Chief Minister BS Yediyurappa after the High Court allowed a corruption case to be restored against the BJP leader. 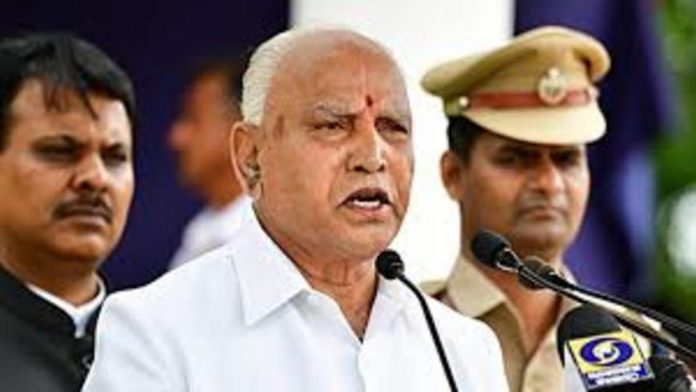 After the Karnataka High Court allowed restoration of a corruption case against the Karnataka Chief Minister BS Yediyurappa, the Congress General Secretary and media in-charge Randeep Singh Surjewala has requested expulsion of the charged BJP leader.

On March 17 the Karnataka HC ordered a special court to restore 2012 land denotification case against Yediyurappa which had been closed in July 16 by the sessions court.

In a series of tweets the Congress leader questioned on his expulsion by tweeting, “why Yediyurappa has not been not sacked” after “corruption charges” against the Karnataka chief minister “unfolded through judicial verdicts”.

“As ‘Corruption Charges’ against CM Yediyurappa unfold through judicial verdicts, why is BJP ‘mum’? Why is PM Modi ji ‘silent’? Where is Naddaji? Why is CM Yediyurappa not sacked? Why is media scared of even touching the story?” tweeted Surjewala.

“After such a huge indictment of any sitting CM, BJP & media would have gone ballistic. Why kid glove treatment for CM Yediyurappa? Is this PM’s ‘zero tolerance on corruption’? Can a fair trial take place until he is sacked? #FullToleranceForCorruption,” he again tweeted.

On the other hand state Congress leaders like senior party leader Brijesh Kalappa and MLA Krishna Byre Gowda said, the CM should himself resign from his position until he is cleared with charges in the corruption case.

“First of all, when a CM is charge-sheeted in a corruption case involving the PC Act, morally it is indefensible for the CM to continue in his position. There is every possibility that the CM may interfere in the enquiry and drive the investigation in the wrong direction and try to cover up facts and bring influence and the truth will not come out,” Krishna Byre Gowda told a media outlet.

The case is related to a alleged land deal between 2008-2012 during the tenure of BJP. CM Yediyurappa with a former Industries Minister Katta Subramanya Naidu were alleged of releasing 24 acres of government land to private individuals by using their designations which made a heavy loss to state exchequer.