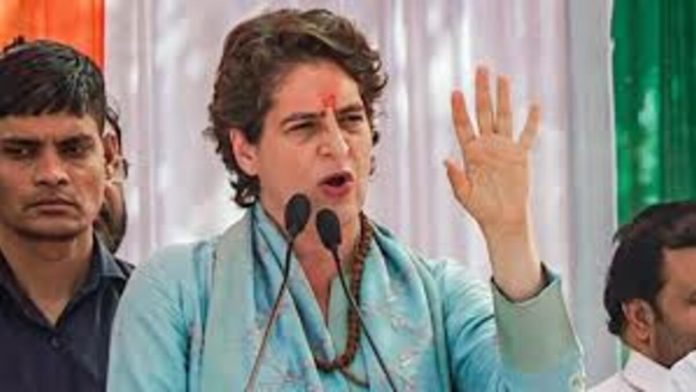 Disgruntled by the Congress’ decision not to field a candidate in the Rampur Lok Sabha bypolls, disgruntled Congress leader and former minister Kazim Ali Khan alias Naveed Mian has chosen to run as a ‘Independent’ in order to defeat the Samajwadi Party’s nominee.

Khan went so far as to provide his support to the Bharatiya Janata Party candidate in order to settle old grievances with Mohammad Azam Khan.

“The Congress will be severely harmed if no candidate is fielded in Rampur.” I was all set to file the nomination, but when the party chose not to run a candidate, I registered as an independent candidate. He stated, “We’ll have to grab our party votes.”

Kazim, on the other hand, stated that he was “not leaving Congress” and that he would continue to oppose the SP and its leader Azam Khan, who is running in the bypoll with his assistant Asim Raja.

“He thought if his wife lost, it would be a slap in the face,” Kazim said of Azam Khan’s decision. As a result of his dread, he has dispatched his servant.”

Kazim Khan also referred to Azam as “communal,” claiming that he was responsible for Muzaffarnagar’s communal clashes.

“During the Samajwadi Party’s tenure from 2014 to 2017, Muslims endured the worst horrors.” “Around 750 NDPS charges against Muslim teenagers have been filed,” he claimed.

To bolster his claim to the Rampur seat, Kazim asserted that the Rampur Nawab family has been affiliated with the Congress since the country’s independence. On a Congress ticket, his father, Nawab Zulfiqar Ali Khan aka Miki Mian, was elected MP from Rampur four times. Miki Mian’s widow, Begum Nur Bano, was twice elected to Parliament after his death.

Kazim’s seeming support for the BJP is considered as a benefit to the saffron party.

Meanwhile, Kazim Khan wrote to Priyanka Gandhi Vadra, the Congress national secretary, stating that there was a plot within the party in Uttar Pradesh to oust experienced politicians and their families. He claimed that BJP and SP agents were in control of the party, and that if this persisted, he would be refused a seat in the 2024 Lok Sabha election.

Kazim Khan also requested a meeting with Priyanka so that he and his family could decide whether or not to pursue a career in politics. The veteran leader went on to say that he wished to run for the Rampur bypoll on a Congress ticket, but that some members of the party “misled” the leadership and encouraged it not to run anyone.

“I am currently linked with the Congress and will remain with the party,” Kazim Khan, a five-term MLA, said. Despite an unfavourable political climate in Uttar Pradesh, I ran as the party’s candidate in the 2022 assembly elections.”

Kazim Khan’s letter arrives a day after Ghanshyam Lodhi, the BJP candidate for the Rampur bypoll, visited Khan’s Noor Mahal Palace and requested the family’s assistance in the next election.

The bypolls in Rampur and Azamgarh will be held on June 23 and the results will be announced on June 26.