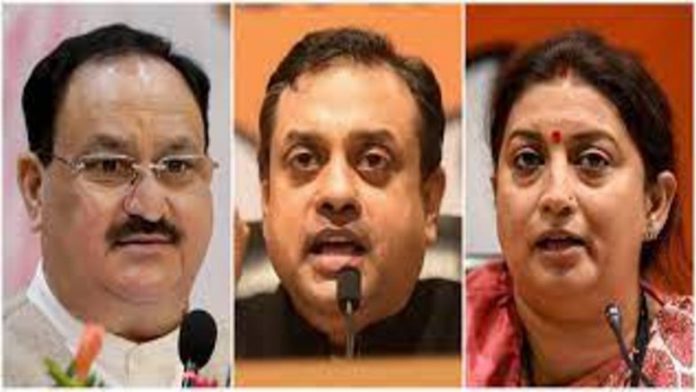 The FIR was filed by Rajasthan Congress Secretary Jaswant Gurjar at Bajaj Nagar Police Station in Jaipur. He accused BJP of doing politics of deceit, lies and hypocrisy.

The move comes after the BJP released a “toolkit” claiming it to be made by Congress to defame Prime Minister Narendra Modi’s image for his handling of Covid-19 pandemic. Congress has however denied of having such “toolkit”.

The toolkit was first published at RSS mouthpiece organisation and in ministers first by JP Nadda over his Twitter handle. It was further taken by the other leaders including Sambit Patra, Smriti Irani and B L Santhosh.

The toolkit has asks the Congress party members to purportedly use “dramatic pictures of the funerals and dead bodies” saying “PM Modi’s approval ratings have been high and have not dipped despite the crisis and mismanagement”. The toolkit also carries a Congress symbol at the corner of it.