‘Congress Does Not Need Me, It Can Revive On It’s Own,’ Says Prashant Kishor 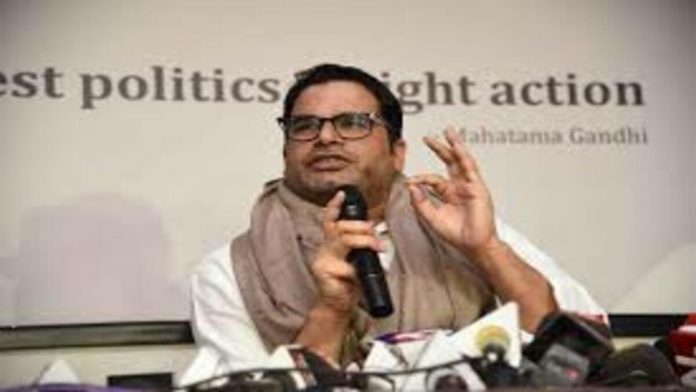 Days after refusing Congress’ offer to join the party ahead 2024 general elections, poll strategist Prashant Kishor said that the party does not need him as it is capable enough to revive itself on its own.

Speaking to media he said,”The Congress leadership and I agreed on several things with regard to the party’s future plan. But they can do it on their own, they have so man big leaders. They don’t need me. They offered and I said no.”

“What I wanted to tell them, I did. For the first time since 2014, the party has discussed its future in such a structured way… But I had some doubts about the Empowered Action Group, that they wanted me to part of, which would be in charge of implementing changes,” he further said.

Amid the rumours of Kishor joining party earlier this week, a party functionary revealed that the poll strategist wanted Priyanka Gandhi Vadra to be the party president instead of Sonia Gandhi.

Replying to a rumour Kishor said, “In the leadership formula given to the party, there was neither the name if Rahul nor Priyanka Gandhi. I cannot tell you what was proposed privately.”

Further, he called Rahul Gandhi his friend. “Who am I to decide Rahul Gandhi’s position?” he said. The poll strategist also said that the image of Rahul Gandhi harned by the BJP can also be revived. “See the change in PM Modi’s image from 2002 to now – of course, it is possible.”

Kishor also said that he did not receive any money from Congress to prepare and recommend a future strategy to them.

On probability of Congress’ win against BJP in 2024 general Elections, he said, “It is a very deep-rooted party. It would be wrong to say they don’t stand a chance. But they need to make some changes.”
“I don’t know who will challenge PM Modi in 2024,” he further said. “The state elections cannot predict the Lok Sabha election.”