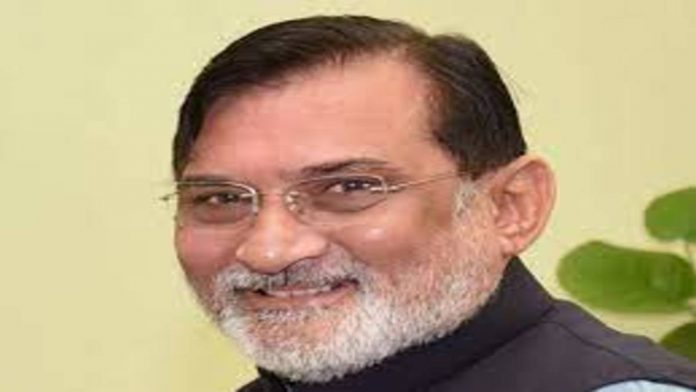 The Opposition Congress on Tuesday has sought an immediate removal of Lakshadweep administrator Praful Patel, alleging that he is destroying the peace and culture of the island. The party has also alleged the administrator for “harassing” the people by imposing arbitrary restrictions.

The people are even opposing the permission of liquor by the administration on the Island, said Ajay Maken, the Congress general secretary and senior party spokesperson.

The administration is trying to harass the local people by passing the Prevention of Anti-Social Activity Act, Maken asserted.

“The Lakshadweep administrator has been directly appointed by Union Home Minister Amit Shah, as he belongs to Gujarat and has been the state’s former home minister. He said normally bureaucrats or retired bureaucrats are appointed as administrators (of union territories), but this is the first time a politician has been appointed,” said Mr Maken.

The Congress has also alleged that the new elected administrator has taken away all the powers of the panchayats and carrying out the demolition activities of the houses of locals who are involved in fishing activity.

“Praful Patel is a politician and is carrying out the political agenda of the BJP in Lakshadweep, as he hails from Gujarat and is close to Home Minister Amit Shah. He should be removed immediately as he is hurting the sentiments of the people of the islands and threatening peace in areas and its cultural heritage,” he said.

He also urged for the implementation of the PASA Act be rolled back immediately.

“I extend my full support to the people of Lakshadweep. I will always stand by you and fight for your right to protect your heritage. It is a national treasure that we all cherish,” she said in a tweet.

She also praised the people of the Island saying that the people there understand and honour the rich natural and cultural heritage.

“They have always protected and nurtured it. The BJP government and its administration have no business to destroy this heritage, to harass the people of Lakshadweep or to impose arbitrary restrictions and rules on them,” she further said on the Twitter.

“Dialogue sustains democracy. Why can’t the people of Lakshadweep be consulted? Why can’t they be asked what they believe is good for them and for Lakshadweep? How can someone who knows nothing about their heritage be allowed to use his power to destroy it,” she questioned.