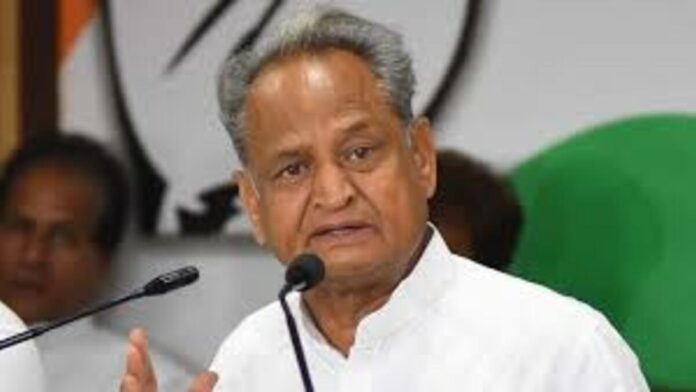 As rebellion in Congress continues in Rajasthan over Chief Minister Ashok Gehlot’s quest for party chief’s post. Despite he has apologized for the prevailing situation, the Congress high command is angry with him for “humiliating” the party.

On Monday, Mr Gehlot apologized to Central observer Mallikarjun Kharge in Jaipur, who was on his Legislature Party meet. Citing the ongoing rebellion by the party’s MLAs, the Rajasthan Chief Minister said, “it should not have happened”, said the sources. He even said that he had nothing to do with it.

On the other side, the sources said Mr Kharge has denied Mr Gehlot’s claims of non-involvement as he think, such type of rebellion could not happen without his approval.

According to the sources, Mr Gehlot is likely to file his nomination for Congress President elections tomorrow. In the mean time, another party candidate Kamal Nath also reached Delhi to meet Sonia Gandhi as Rajasthan dives into crisis.

When questioned Mr Kamal Nath said, “I have no interest in (Congress) President post. I’m only here for Navratri wwishes. He may also mediate in the Rajasthan crisis.

On Monday, skipping the one-on-9! 3 meeting with Ajay Maken and Mallikarjun Kharge despite being called upon, the MLAs supporting CM Gehlot again threatened to resign citing that they will not accept Sachin Pilot as the next Chief Minister.

Following this Ajay Maken and Mallikarjun Kharge returned back to Delhi. The team Gehlot has been widely criticised for humiliating the central leaders by the sources.