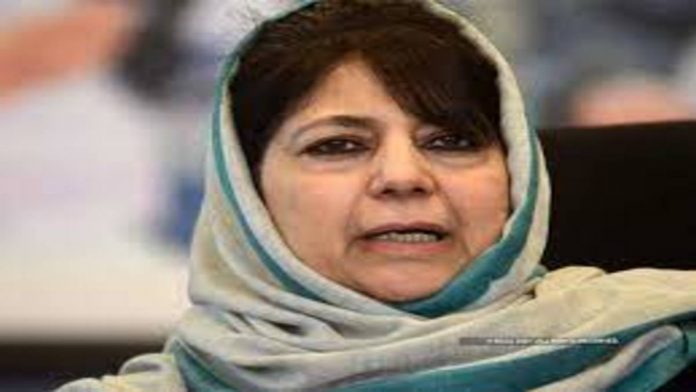 The PDP of Mehbooba Mufti will not attend the delimitation commission’s four-day visit to Jammu and Kashmir, which begins on Tuesday.

The commission, which includes Justice (Retd) Ranjana Prakash Desai, Chief Election Commissioner (CEC) Sushil Chandra, and Deputy Election Commissioner Chandra Bhushan, will meet with national and regional political party leaders. The goal of this meeting is to get “first-hand” information on how the massive exercise to carve out new constituencies in J&K is going.

Mehbooba’s statement comes a day after the Gupkar Alliance expressed “disappointment” with Prime Minister Narendra Modi’s meeting in Delhi, claiming that the Centre had failed to act on Confidence Building Measures such as the release of political prisoners and “taking concrete steps to end the siege and atmosphere of suppression that has engulfed J&K since 2019.”

MY Tarigami, the BJP’s spokesperson, said in a statement that the BJP made a commitment on the floor of Parliament regarding statehood for J&K, which they must keep. “Any assembly election must take place only when J&K has regained full statehood. In order to do this, the PAGD has decided to reach out to other political parties in J&K in order to form a united front on the issue,” he stated.

According to sources, PM Modi stated at an important meeting with Jammu and Kashmir regional parties that he wants to remove “dil and dilli ki doori” from the region as soon as possible. According to sources, the PM calmly listened to all participants’ views and comments during an open conversation about constructing a better future for Kashmir.

Modi stated that holding assembly elections as smoothly as the DDC elections was a top objective. According to the sources, it was mentioned at the meeting that elections may take place quickly after delimitation, and that most attendees were open to the notion.

The deadline for delimitation of parliamentary and assembly seats in Jammu and Kashmir is “not to be missed” when the members of the Commission arrive in the union territory for their four-day visit, according to sources. The delimitation procedure should be completed by March of next year.

The number of assembly seats in the UT would be increased from 107 to 114 under the terms of the Jammu and Kashmir Reorganisation Act, 2019. However, because 24 seats are in Pakistan-occupied Kashmir, the UT will have a total of 90 seats. The delimitation will be based on the 2011 census results. The commission was granted a one-year extension, which will expire on March 5, 2022.