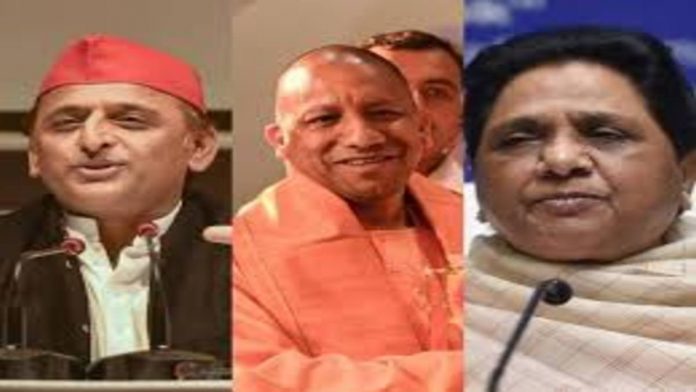 Yogi Adityanath, the chief minister-designate of Uttar Pradesh, will be sworn in today at a big ceremony in Lucknow’s Ekana stadium, which is likely to draw a large crowd. At a party conference earlier in the day, the BJP’s legislative party elected Yogi Adityanath as its leader, after which the CM-designate met with the Governor to lay a claim to head the state’s next administration.

Chief ministers, Union ministers, ministers from other states, and industrialists have all been invited.

Invites have been addressed to Pushkar Singh Dhami and Basavaraj Bommai, chief ministers of other BJP-ruled states. Nitish Kumar, the Chief Minister of Bihar, is expected to attend the event.

Raman Singh and Raghubar Das, former chief ministers of Chhattisgarh and Jharkhand, have also been invited.

The ceremony is expected to be attended by industrialists Kumar Mangalam Birla and Anand Mahindra.

All routes in Uttar Pradesh lead to Lucknow. The capital has been blanketed in orange in preparation for Yogi Adityanath’s inauguration tomorrow. In this election, the BJP made history by becoming the first party in over four decades to win consecutive terms in power in Uttar Pradesh.

Saffron-clothed junctions and lanes are adorned with posters, banners, and flags. The city is now illuminated.

Makeshift state-of-the-art hospitals with beds and oxygen concentrators have been established at the Ekana Stadium, and over 100 ambulances have been placed on standby to deal with any medical emergencies. In the event of an emergency, teams of doctors have been dispatched to treat dignitaries.

Only those who have received passes to attend the ceremony will be allowed in. Giant LED screens have been built just outside for everyone else.

With 255 of the state’s 403 seats, the Bharatiya Janata Party secured a landslide victory. Its friends have helped it gain another 18 seats.