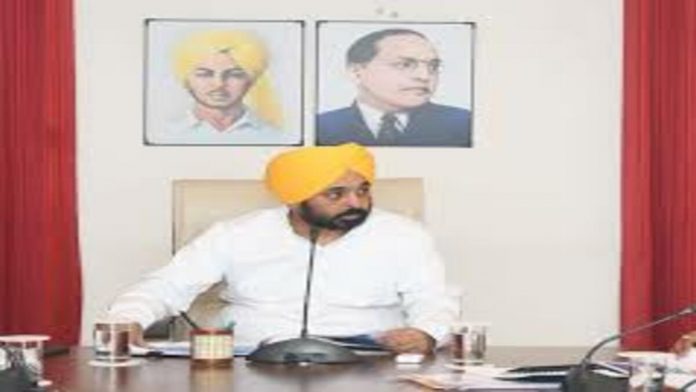 On Monday, Punjab Chief Minister Bhagwant Mann directed the State Civil Aviation Department to work with the Ministry of Civil Aviation and the Airport Authority of India to begin direct international flights from Mohali International Airport, particularly to Canada, the United States, and the United Kingdom.

Only two international flights operate from Mohali International Airport to Dubai and Sharjah at the moment.

Mann, who chaired a meeting to review the Civil Aviation department’s functioning at his official residence here on Monday morning, said that because the majority of Punjabi people live in countries such as Canada, the United States, the United Kingdom, New Zealand, and Australia, this initiative would make it easier for the Punjabi diaspora to visit their ancestral homes in Punjab.

The chief minister instructed the department to launch cargo flights from Mohali International Airport as soon as possible to boost the state’s agriculture and food processing industries.

He said the move will go a long way toward boosting agricultural exports around the world, particularly by bolstering state farmers’ income.

Mann requested that the department call a meeting with the Haryana Civil Aviation Department as soon as possible to reach a broad consensus on naming the Mohali International Airport after Bhagat Singh.

He emphasised the importance of completing the International Civil Enclave at Halwara as soon as possible in order to stimulate commerce and industrial operations in the Ludhiana area.

Mann urged the Civil Aviation Secretary to draw out measures for giving preference to state youth in imparting flying training to be fully equipped as professional trained pilots, in order to expedite the functioning of the Punjab State Civil Aviation Council.

He requested that the agency step up its efforts to update the CAT-2 system to the modern CAT-3 system in order to improve flying operations in low-visibility situations, particularly during severe fog in the winter.