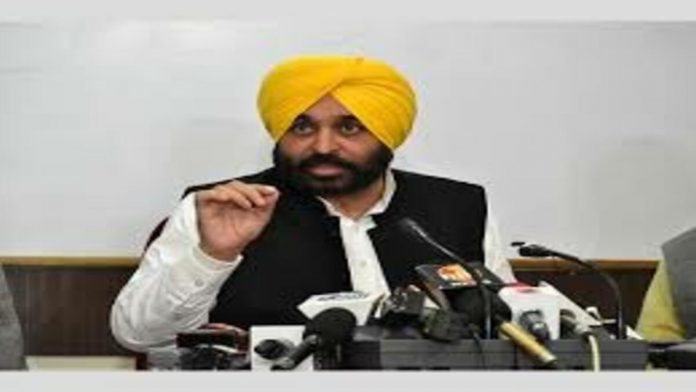 Punjab Chief Minister Bhagwant Mann praised the first budget of his administration as a blueprint for a “New Punjab” on Monday, calling it balanced, development-focused, and pro-people.

Harpal Singh Cheema, the finance minister for Punjab, unveiled the state’s budget on Monday for the fiscal year 2022–2023. There was no new tax proposed by the administration.

The chief minister added, “I thank Finance Minister Harpal Cheema for proposing a historic budget that was created in conjunction with the ordinary man.”

Mr. Cheema, who presented the budget to the state legislature, stated that the first year’s priorities would be to improve the nation’s deteriorating fiscal situation, fulfil the pledges of good governance, and prioritise health, agriculture, and education.

The budget, according to the chief minister, has been designed to bring about a revolution in the fields of education, health, agriculture, and business. He described the budget as balanced, development-oriented, and reflective of the state government’s pro-people policies.

He asserted that the government would soon keep all of the election promises it made to the populace.

The chief minister stated that the budget intends to assist the weakest and lowest segments of society in a sincere manner.

According to him, the budget was the result of the state government’s practical strategy for achieving the goal of the state’s overall development and advancement as well as the prosperity of its citizens.

According to Mr. Mann, the budget will undoubtedly quicken the pace of the state’s overall development while also strengthening women and the socially disadvantaged.

He claimed that the budget allocation for technical education has increased by 48%, opening up new opportunities for young people to pursue self-employment, and that Rs 9,449 crore has been set aside to improve the state’s law and order situation.

According to Chief Minister Bhagwant Mann, increasing budgetary allotments by 57% for medical education and research, 52% for youth and young services, 24% for health, 32% for employment creation, and 48% for industry and commerce will spur the state’s growth and advancement.

He said that plans to build 16 medical colleges, transform government institutions into schools of excellence, and implement a number of other programmes will significantly advance the state’s growth.

The chief minister expressed optimism that the budget would promote greater fiscal restraint, economic caution, and revenue growth through resource mobilisation, all of which would help reduce the fiscal deficit.

He said that in addition to budgetary resources for health, education, and the eradication of youth unemployment, as well as ground-breaking measures to keep financial stress in check, money have been specifically allocated to address the problem of drug abuse.

These clearly demonstrate the state government’s determination to attack the problems head-on, according to Mr. Mann.