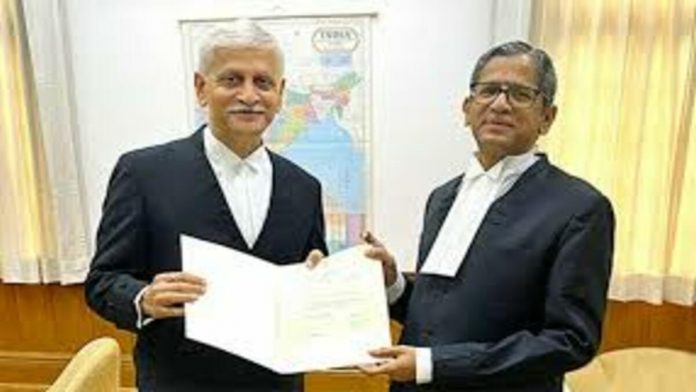 By recommending Justice Uday Umesh Lalit, the most senior judge, to the Centre on Thursday, Chief Justice of India N V Ramana started the process of appointing his successor.

The Chief Justice of India personally gave Justice Lalit a copy of his letter of recommendation.

The chief justice of India, Justice Lalit, will take office on August 27 and hold the position for less than three months. On November 8 of this year, he will retire.

Justice U U Lalit, the senior-most judge on the Supreme Court and the likely next Chief Justice of India (CJI), has contributed to a number of significant rulings, notably the one that declared the instant “triple talaq” divorce practice among Muslims to be unlawful and unconstitutional.

An officer of the supreme court said the letter was received at the CJI’s office on Wednesday, putting a stop to speculative media rumors that the official message had been delivered from the office of Law Minister Kiren Rijiju a few days earlier.

According to a statement from Ramana’s office, the Hon’ble Minister of Law and Justice requested that the Hon’ble CJI recommend the name of his successor in a communication dated August 3, 2022, which was received by the Secretariat of the Hon’ble Chief Justice of India at 21.30 hours today (03.08.2022).

As per tradition, the CJI suggests the senior-most judge be named as the replacement. In order of seniority, Justice Uday Umesh Lalit comes after Ramana.

The outgoing Chief Justice of India (CJI) starts the process of naming the successor after receiving a notification from the Law Ministry, in accordance with the Memorandum of Procedure (MoP) that controls the procedure of appointment of judges in higher judiciary.

According to the MoP, the opinions of the departing chief of the judiciary and the senior-most judge of the supreme court must be obtained “at the proper time” before the CJI is chosen.

The MoP, however, is silent regarding the deadline for starting the process of proposing the name of the new CJI.