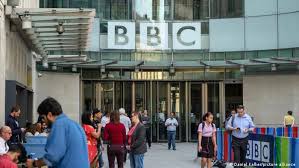 One week after threatening to fight back, China has banned BBC World News from airing in China origin for the cancellation of British broadcasting license for Chinese owned CGTN.

A statement delivered on The National Radio and Television Administration said that BBC World News Coverage of China has violated the rules and ethics of the media and compromised the national interests of China and its ethnicity.

Even the Channel BBC does not have much viewers outside some hotels, businesses and residential compounds for foreigners so, it is unclear if the ban will affect reception in these facilities or not.

Many reports on Covid-19 pandemic in China and on allegations of sexual abuse and forced labor in Xinjiang region had been criticized by the Chinese government.

Losing the BBC license was a major loss for CGTN. The channel CGTN has an European operations hub in West London and is a part of government’s campaign for improving its image globally.