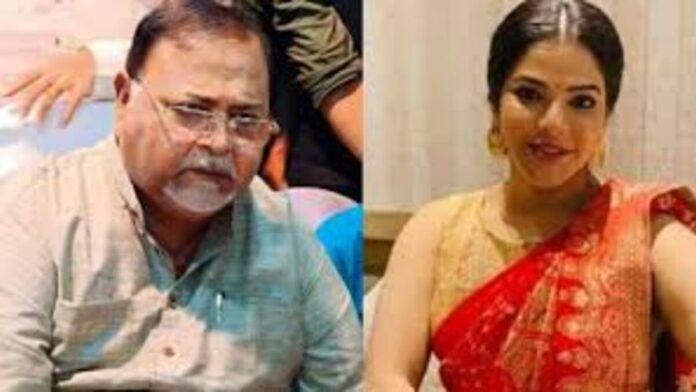 The Enforcement Directorate has informed a special court in Kolkata that former Trinamool minister Partha Chatterjee, who is currently being held in connection with the investigation into the teacher recruitment scam, allegedly used “proceeds of the crime” to set up “bogus companies” with “dummy directors,” including a person who ran errands for his assistant and co-accused Arpita Mukherjee.

According to a chargesheet submitted by the ED on September 20, Arpita allegedly made a request for leniency in light of her revelation against the former Industries and Education Minister in the Mamata Banerjee administration and implicated Chatterjee.

In judicial custody are Chatterjee and Arpita, who were both detained in July.

In addition to Chatterjee and Arpita, the ED charged six businesses “via their directors” and put a value on all of the movable and immovable property at Rs 48.22 crore. This was in addition to the Rs 49.80 crore in cash and jewelry valued at more than Rs 5 crore recovered from two flats owned by Arpita in Kolkata, according to the agency.

Regarding Chatterjee’s involvement, the ED claimed that he established dummy directors and created at least six fictitious firms “with the express purpose of laundering the contaminated cash.”

According to the ED, Shri Partha Chatterjee “used his influence and power to subdue people by ordering them to arrange for dummy directors and proxies for companies/firms controlled by him.” The ED also claimed that he “used his influence and power to exploit underprivileged people having meagre means of living and were exploited and made directors by Shri Partha Chatterjee and thereafter made to sign on the papers of the company without their consent or knowledge and even without showing them any contents of

The ED asserted that Chatterjee’s “de-facto management” of the firms is obvious from Arpita and the other co-statements, accused’s and it claimed that he reportedly put the scam’s earnings in the accounts of the fictitious companies and then bought real estate in their names.

According to the ED, Chatterjee and Arpita set up M/s APA Utilities Services, a “partnership firm,” in 2011 and allegedly bought properties together. The ED also claimed that “investigation… (has) revealed that he acquired huge cash through criminal activities and concealed it in the premises in the name of Ms Arpita Mukherjee,” adding that “Rs 49.8 crore was subsequently… seized from the two premises situated at Club Town Heights

The agency claimed that Chatterjee and the other co-accused were “liable to be penalized under Section 4 of the PMLA” for money laundering.

The ED cited 31 LIC insurance policies in Arpita’s name that were “opened in March 2012” as evidence of their “close relationship,” with Chatterjee serving as the nominee.

Arpita was accused of being involved in “the acquisition, use, possession, and concealment of proceeds of crime with the assistance of other accused persons and entities,” according to the ED, which quoted her August 4 statement in which she “accepted that the huge cash hidden at her home belongs to Shri Partha Chatterjee… and so he could only explain.”

According to the ED, Arpita sought to file a formal application regarding Chatterjee’s alleged involvement in the scheme. The statement read, “In this regard she has made an application for recognizing this revelation as an application for taking a lenient approach under the terms of law.

The agency went into detail about the exchange of money that occurred when potential employees paid middlemen between Rs 7 and Rs 7.5 lakh each in exchange for a job.