Centre Widens The Gap Between The Covidshield Doses 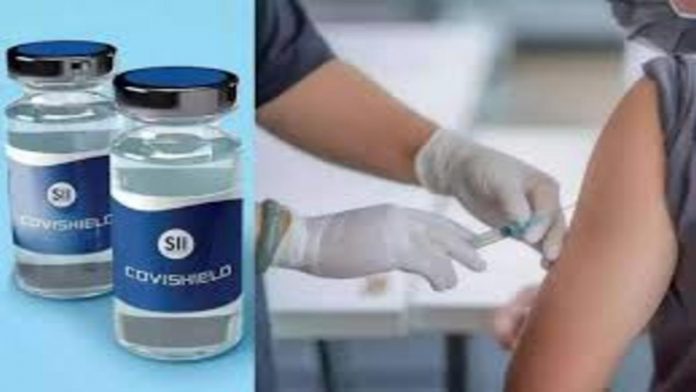 The Centre on Monday in an announcement said that now the second dose of the Covidshield will be given after eight weeks of the first week. Earlier the gap was of six weeks.

Here is why the gap has been increased between the doses:

• The decision is likely to also help cover more people during the current vaccination campaign as it will allow hospitals and clinics to give out more first doses to people instead of worrying about stocking adequate supplies for second doses for the time being.

• A Union health ministry statement cited emerging scientific evidence and added the interval between two doses of Covishield has been revisited by the National Technical Advisory Group on Immunisation and subsequently by the National Expert Group on Vaccine Administration for Covid-19.

• It added accordingly the recommendation has been revised to provide a 2nd dose of Covishield at 4-8 weeks’ interval after the 1st dose instead of an earlier practised interval of 4-6 weeks.

• The increased interval does not apply to Covaxin, the other coronavirus vaccine India uses.

• Covishield is the made-in-India version of the Oxford-AstraZeneca AZD1222 vaccine.

• The Co-Win platform dashboard showed on Monday evening that it accounted for 92% of the 46 million doses given till 6.30pm across the country.

• India opened up its vaccination drive for the priority groups among the general public on March 1.

• As per the schedule decided at first, those who got Covishield would need to get their second doses by mid-April.

• Now, they can wait until the end of April to do so.

• A recommendation to delay second doses of AZD1222 was first made by UK’s Joint Committee on Vaccination and Immunisation in December, when the group of experts cited data and an urgency to speed up first shots while the country grappled with a serious wave of infections.

• On February 1, a group of experts led by those from the University of Oxford disclosed new phase III trial data to The Lancet for peer review supporting the decision.

• The data showed that expanding the interval between the two doses of the vaccine to three months helped increase the efficacy rate to 82.4%, compared to 54.9% if the second dose was given less than six weeks after the first.