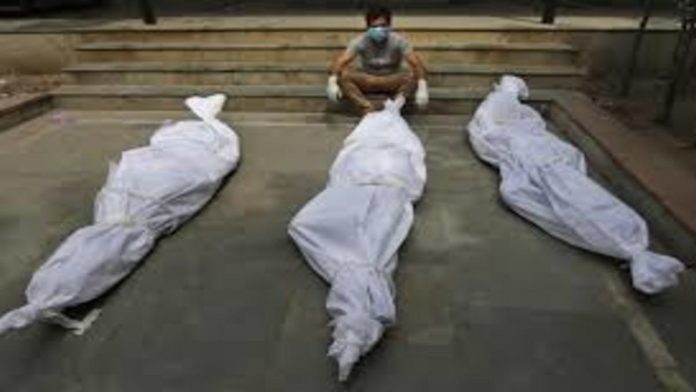 After the allegations of huge discrepancy in the Covid-19 death figures in mainly 6 states the Centre has come out with an affidavit in Supreme Court saying that all deaths should be certified irrespective of where they take place. In the affidavit Centre has also promised to take action against doctors failing to comply with the rule.

Deaths taking place in hospitals due to Covid infection were being reported as of now not those taking at homes or in hospital parking lots leading to huge discrepancy in death figures.

The major discrepancy was seen in Andhra Pradesh, Tamil Nadu, Madhya Pradesh, Karnataka and Delhi. As per the data the difference in actual deaths and the deaths shown in these five states was 4.8 lakh.

The total deaths in Bihar were 75,000 in last 5 months which is 10 times of the state’s official figure.

In 183 pages of affidavit the Centre also said that the said amount of ₹ 4 lakh compensation cannot be given to Covid deaths as it will put an unbearable burden over the states which are already cash strapped due to sloping tax collections in the wake of lockdown and struggling economy.

This comes after the plea that said families who lost their someone were missing out their compensation as the death certificates of the victims were not mentioned of death due to Covid.

“Death certificates say death due to lung problem and heart issues. Families of victims have to rush from pillar to post. Is there any uniform policy on issuing death certificates to Corona victims? Or are there any guidelines?” the supreme court asked the Centre in a notice.

The decision to certify all the Covid deaths by the Centre comes when many states have seen huge unaccounted death figures, questioning the authenticity of death figures.