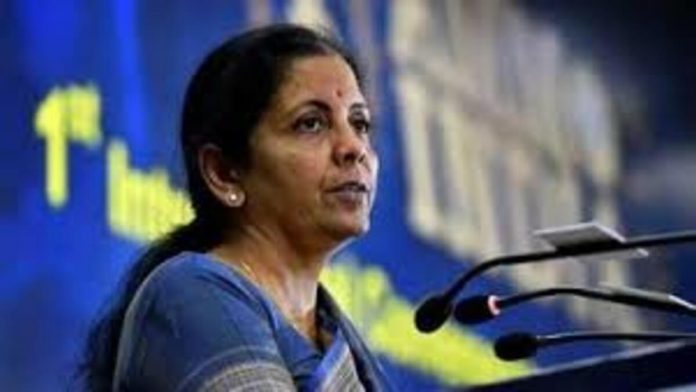 The entire duty reduction in petrol and diesel announced on Saturday was done out of the Road & Infrastructure Cess (RIC) component of the taxes levied on petroleum products, according to Union Finance Minister Nirmala Sitharaman, who said on Sunday that the entire burden of the tax cuts will be borne by the Centre.

Ms. Sitharaman assuaged fears that the duty cuts might reduce tax devolution to states by stating that the basic excise duty on petro goods, which is sharable with states, has not been touched.

Some States and Opposition leaders have criticised the Union Minister’s suggestion that they should follow up on the tariff cuts by lowering State-level levies on fuel goods.

Former Finance and Home Affairs Minister P. Chidambaram opined that states are caught between “the devil and the deep sea” since they receive so little in the form of petroleum duty revenue.

“Their funding comes from the VAT on gasoline and diesel… “I’m not sure they can afford to give up that revenue unless the Centre gives them extra money or grants,” he said.

Tamil Nadu Finance Minister Palanivel Thiaga Rajan replied by claiming that the Union Government did not disclose or seek the views of states when hiking central taxes on petrol by roughly 230 percent and diesel by around 900 percent since 2014. “Now, after rolling back 50% of their hikes, they’re exhorting States to cut,” he tweeted, emphasising that this was an unjust and unreasonable request.

“Good to see the attention produced by @PMOIndia @narendramodi’s decision yesterday to implement an Excise Duty cut on petrol and diesel,” she tweeted, before adding “some relevant statistics” that could aid in the “criticism and appraisal” of the tax cuts.

The overall taxes charged on gasoline and diesel include a Basic Excise Duty (BED), a Special Additional Excise Duty (SAED), the Road & Infrastructure Cess (RIC), and the Agriculture & Infrastructure Development Cess (AIDC), with only the BED being shareable with states, according to the minister.

Ms. Sitharaman stated that the 5 per litre petrol and 10 per litre diesel duty cuts announced in November 2021 were made solely in the Road and Infrastructure Cess component of petroleum taxes.

The entire revenue impact of these two duty cuts on the Centre is 220,000 crore per year, according to the Finance Minister, who went on to say that Prime Minister Narendra Modi’s government has increased expenditure on development and subsidies.

According to RBI data, overall development expenditure from 2014 to 2022 was 90.9 lakh crore. During the period 2004-2014, just 49.2 lakh crore was invested on developmental spending, she remarked.

“Our government has spent a total of 24.85 lakh crore on food, fuel, and fertiliser subsidies, as well as 26.3 lakh crore on capital creation. Only 13.9 lakh crore was spent on subsidies during the UPA’s ten years in power “she finished