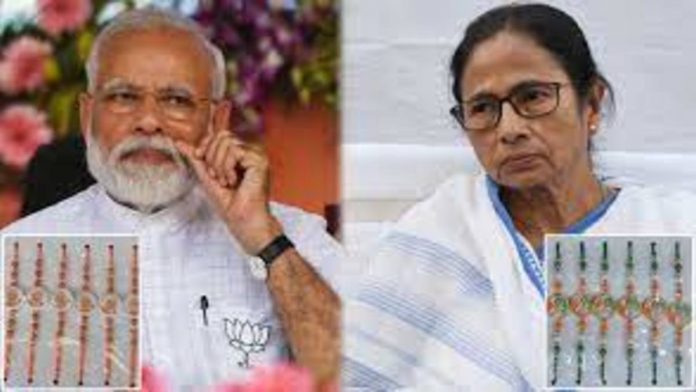 The centre on Friday has issued an order to recall West Bengal Chief Secretary Alapan Bandyopadhyay on a day when a row broke out over a review meeting on cyclone between Prime Minister Narendra Modi and Chief Minster Mamata Banerjee was disrupted. The time time tenure of the top bureaucrat was extended for three more months just four days before the order.

As per the order Mr Bandyopadhyay will have to be present at the Department of Personnel and Training’s office in Delhi on May 31.

This comes after Ms Banerjee avoided the meeting with the Prime Minister to review the damage caused by cyclone Yaas and chose to meet him for just 15 minutes at the airport where his flight was landed. She was set to have a detailed meeting over the cyclone impact but she left after giving a report to PM Modi. In its allegations the centre has said the the Bengal CM had kept PM Modi and state Governor waiting for around 30 minutes.

Criticising the centre’s move to recall the top bureaucrat TMC MP Sukhendu Sekhar Ray said, “Has this ever happened since Independence? Forced central deputation of a Chief Secretary of a state. How much lower will Modi-Shah’s BJP stoop? All because people of Bengal humiliated the duo and chose Mamata Banerjee with an overwhelming mandate.”

It is not the first attempt when centre has recalled top bureaucrat from states to Delhi as before state assembly elections this year, three Indian Police Service (IPS) officials were also recalled.

The Home Ministry is the controlling delegation for IPS officials, while the Department of Personnel and Training (DoPT), which issued the order today to recall the Bengal Chief Secretary, goes under the Prime Minister’s Office or PMO.