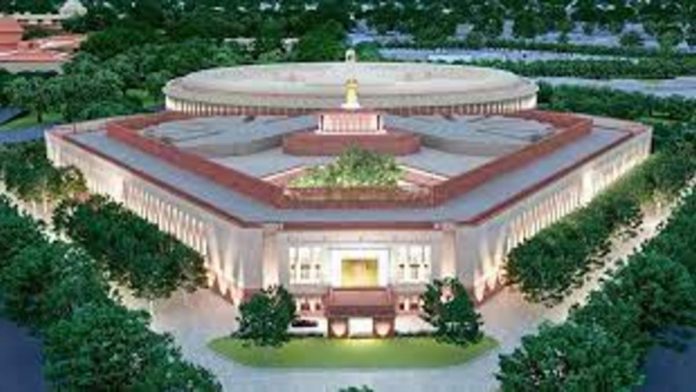 The Central Government on Tuesday opposed the decision of suspending the construction work of Central Vista project amid the high worsened Covid-19 situation in the country. Speaking to the Delhi High Court the Centre said these all are the attempts to delay the multi-crore project even after a strict adherence to all Covid-19 safety protocols and leaving no chance for spread of virus.

The petitions filed against the Central Vista project are evident enough to the fact that the project has been singled out as various other projects including the construction activities of Delhi Metro, which has been going on whole across the national capital even during the curfews, the centre alleged.

Around 250 labourers, who had communicated their eagerness to wait and proceed with the work, were engaged well ahead of imposition of curefew on April 19 and a Covid-19 compliant facility introduced at the worksite itself accommodated strict execution of guidelines and also adherence to Covid appropriate behaviour like thermal screening, sanitization, masking and social distancing, said the govenment in its affidavit.

“While the arrangements for the stay of the workers were being made at the site, permission was sought for transportation of materials and labourers from Sarai Kale Khan camp to the worksite, including permission for the movement of supervisory staff and such permission was valid till April 30,” the centre informed HC.

The affidavit further mentioned that the extent of work, which is a topic of the current petition, is restricted to the redevelopment of Central Vista Avenue (i.e., the two sides of the Rajpath) where Republic Day celebrations are held yearly and not the whole Central Vista project which incorporates Parliament, renovation of North Block, South Block, development of new workplaces for the central government — common Central Secretariat, central meeting offices, and so on.

The petitions are filed by Sohail Hashmi and Anya Malhotra which have sought a halt on the contruction activities of new parliament in Delhi and refrain it from becoming the super spreader event. The court is scheduled to hear the case on Wednesday.