Centre Extends Registration For NGOs Under FCRA For Further 3 Months 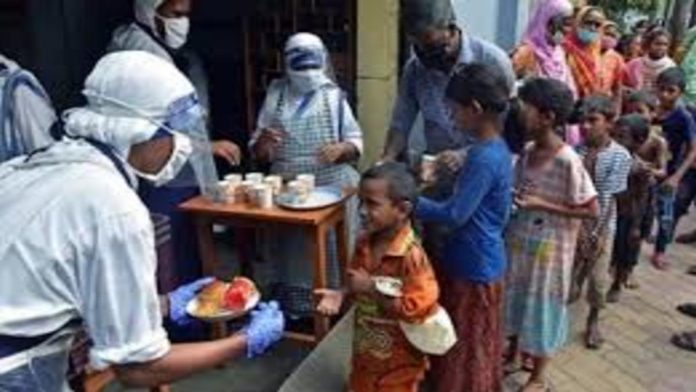 The Ministry of Home Affairs on Friday extended the registration of non-government organisations (NGOs) under the Foreign Contribution Regulation Act (FCRA) for another three months, until March 31.

The validity period was set to end on December 31.

The reprieve will not be provided to organisations like the Missionaries of Charity (MoS), as their applications for FCRA renewal have already been denied, according to the ministry.

“The Centre, in public interest, has decided to extend the validity of the FCRA registration certificates of NGOs up to March 31, 2022 or till the date of disposal of their renewal applications, whichever is earlier, in respect of only those entities that fulfill certain criteria,” the notice by the ministry said.

The benefits are available to NGOs that hold FCRA registration certificates that expire between September 29, 2020 and March 31, 2022 and have applied for renewal on the FCRA portal before the expiration date, in accordance with rule 12 of the Foreign Contribution (Regulation) Rules, 2011.

“All FCRA registered associations are therefore advised to take note of the fact that in case of refusal of the application for renewal of certificate of registration, the validity of the certificate shall be deemed to have expired on the date of refusal of the application of renewal and the association shall not be eligible either to receive foreign contribution or utilise the foreign contribution received,” the notice said.

According to the ministry, there are a total of 22,762 NGOs registered under the FCRA, with around 6,500 renewal applications completed so far.

NGOs with valid registration certificates under the FCRA are eligible for international funding.

Earlier this week, a political storm erupted over the Centre’s decision not to renew Mother Teresa’s Missionaries of Charity (MoC) FCRA licence, which was made on December 25, with Bengal Chief Minister Mamata Banerjee expressing surprise and the Union government clarifying its position.

Mother Teresa founded the Missionaries of Charity, a Catholic religious organisation, in 1950.

The issue began when Banerjee claimed that the central government had frozen the bank accounts of Mother Teresa’s foundation, a claim that was quickly refuted by the ministry.

According to the Union government, the request to freeze Missionaries of Charity accounts was made to the State Bank of India by the charity itself. It did admit, however, that MoC’s FCRA registration renewal was denied on December 25 due to “adverse inputs,” and that it has not yet requested for a review.

Missionaries of Charity’s registration under the FCRA, with registration number 147120001, was valid until October 31, 2021. The validity was then extended until December 31, 2021, along with the validity of other FCRA associations whose renewal petitions were pending.

The organisation also, in a statement, clarified “that the FCRA registration has neither been suspended nor cancelled. Further there is no freeze ordered by the ministry of home affairs on any of our bank accounts”. “We have been informed that our FCRA renewal application has not been approved. Therefore, as a measure to ensure there is no lapse, we have asked our centres not to operate any of the FC accounts until the matter is resolved,” it said.

In September 2020, the government revised the FCRA to make it more stringent. Non-government organisations that receive foreign funding must now only have bank accounts with the State Bank of India in New Delhi, according to a new clause in the law.

On Thursday, Odisha Chief Minister Naveen Patnaik issued a directive to all district collectors to guarantee that no Missionaries of Charity unit functioning in the state is in financial distress, and to use the Chief Minister’s Relief Fund if necessary.