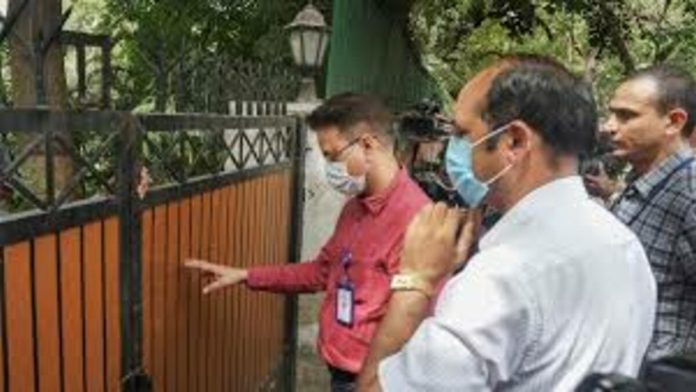 The CBI searched Congress MP Karti Chidambaram’s home and offices today on suspicion of accepting bribes in exchange for visas. Karti Chidambaram, the son of former Union Minister P Chidambaram, and his accomplices were searched at seven locations in Chennai, Mumbai, Odisha, and Delhi, according to reports.

According to sources, the investigating agency has filed a new complaint against Karti Chidambaram, accusing him of accepting a bribe of Rs 50 lakh to expedite the visas of 263 Chinese nationals for a power project in Punjab between 2010 and 2014. “Accused No.2” is his name.

According to sources, the CBI also searched P Chidambaram’s home at 80 Lodhi Estate in Delhi, questioned the employees, and took certain documents.

“The CBI team had a total of seven members. During the raid at 7.30 a.m., Karti Chidambaram was not at home “Birbal Singh, his house’s security guard, explained.

“I’ve lost track of how many times this has happened. It has to be a record, “Karti Chidambaram took to Twitter quickly after the raids were announced.

Karti Chidambaram is being probed in many matters, including his suspected role in helping INX Media getting 305 in foreign funding through the Foreign Investment Promotion Board (FIPB) when his father, P Chidambaram, was the Finance Minister.

According to sources, the FBI discovered documents related to the new bribery case while investigating the INX media case.

On May 15, 2017, the CBI filed a corruption complaint. The Enforcement Directorate (ED) then filed a money laundering complaint. Based on a FIR filed by the CBI, the economic crimes watchdog also filed a PMLA (Prevention of Money Laundering Act) case.

CBI arrested Karti Chidambaram in February 2018, and he was given bail after a month in March.

P Chidambaram questioned the search’s timing and claimed the CBI team “discovered nothing and seized nothing.”

“A CBI team raided my home in Chennai and my official residence in Delhi this morning. I was shown a FIR in which I was not mentioned as a defendant. Nothing was discovered or seized by the search crew. I’d like to bring out that the search’s timing is intriguing “Mr. Chidambaram sent out a tweet.

TSPL, the electricity utility in question, stated, “Our Punjab facility was searched as part of a larger CBI probe. We are offering the authorities our full cooperation and assisting the legal procedure.”