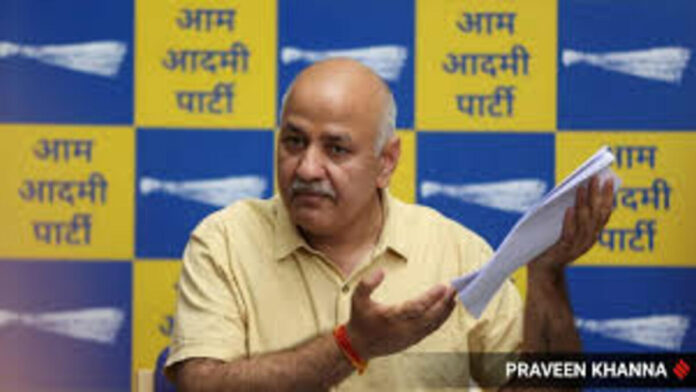 Just a couple of days of raid at Manish Sisodia’s residence by CBI in alleged liquor policy of Delhi government, the Delhi Deputy CM on Sunday asserted that despite he is “roaming freely” the investigating agency has issued a lookout notice against him.

The AAP leader has alleged that the central agency could not recover anything important in its raids, so it has now issued the look out notice. However, the agency denied the allegation.

Mr Sisodia is among the 15 people named in the FIR filed by the investigating agency in connection with irregularities in the implementation of the liquor policy.

“All your raids have failed, nothing was found. Now, you have issued a lookout notice against me. What is this gimmick Modi ji? I am right here in Delhi, please tell me where should I come,” he said in a tweet.

Meanwhile, in his continuous attacks on Centre, Delhi Chief Minister Arvind Kejriwal said, the Centre starts its game of CBI-ED every morning.

“At a time when the common man is battling inflation and crores of youth are unemployed, the central government along with all state governments should fight unemployment and inflation. Instead, they are fighting with the entire country. Every morning they wake up and start the game of CBI-ED. How will the country progress like this,” questioned the Chief Minister in a tweet.

The AAP spokesperson Saurabh Bhardwaj has also in his allegation said that the Centre has shared details about the insurance of an LOC with media as CBI failed to recover anything significant against Mr Sisodia.

He even accused BJP of running a planned agenda to harm image of AAP government with fake claims.