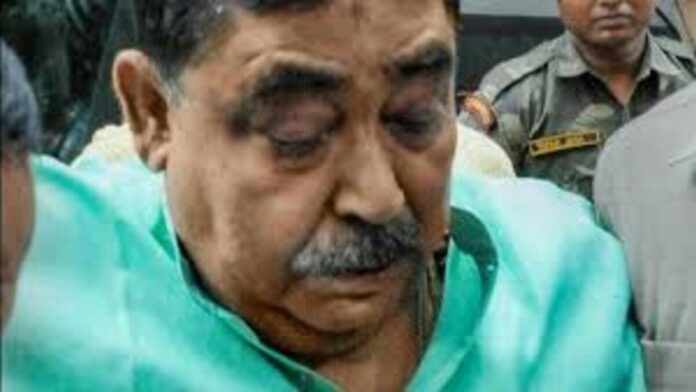 In connection with an alleged cattle smuggling case, the Central Bureau of Investigation (CBI) on Wednesday froze fixed deposits worth Rs 16.97 crore that were purportedly held by arrested TMC politician Anubrata Mondal and his family.

During its ongoing investigation into the case, the agency reportedly discovered the fixed deposits in State Bank of India, Axis Bank, and Bank of India while questioning a number of Mondal’s close associates and other witnesses.

According to the CBI, the investigation revealed that Mondal reportedly supplied cash to his assistants who used to deposit it in bank accounts before setting up fixed deposits in his name.

According to the investigation, the investigating agency has suspicions that Sukanya Mondal’s bank accounts were used for financial transactions in the scheme.

The daughter of Mondal was also called before the Kolkata High Court on Wednesday in connection with the teacher recruitment case, along with five other family members.

On Thursday, August 18, they must appear before HC in relation to the case involving the hiring of elementary teachers. On Wednesday, Justice Abhijit Ganguly’s single bench ordered the superintendent of police for the Birbhum district to make sure the individuals in question show up in court on Thursday.

The CBI claims that six members of Anubrata Mandal’s family who are teachers at Birbhum district TMC schools were hired despite failing the Teachers Eligibility Test (TET). Sukanya Mondal, Anubrata’s daughter, is presently employed as a teacher at Kalikapur Primary School.

The joining letter is among the documents that the court has requested everyone produce that are pertinent to their recruiting. They must physically show up in front of the Kolkata high court.

In West Bengal’s Bolpur, Mondal, who had twice missed his planned appearance before the central probe agency in a three-day period, was apprehended by the agency last Thursday.

Under the claimed protection of Mondal and Mishra from state enforcement agents, the smugglers allegedly used to transport animals from Ilambazar to the Indo-Bangladesh border.