CBFC Passes Jayeshbhai Jordaar With Zero Cuts, One Of The Shortest Films 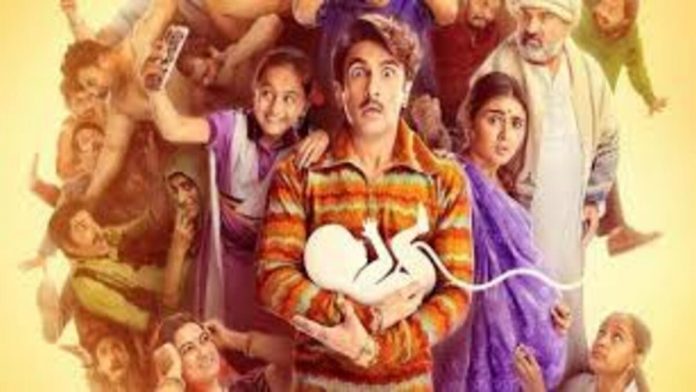 The Central Board of Film Certification (CBFC) is known for being very out of line and for requesting unnecessary cuts. Although, there are additionally times when the CBFC has been lenient, particularly while understanding the theme of the film. Jayeshbhai Jordaar, which will be out on May 13, is one such film that has gotten away from the edit scissors.

According to a source, the Jayeshbhai Jordaar has been passed by the CBFC with zero cuts. “The film is based on the burning topic of female infanticide. Also, the lead actor Ranveer Singh is seen threatening to castrate himself in a scene. However, director Divyang Thakkar has treated the whole film in a non-objectionable manner. Even the disturbing topic of female infanticide has been shown in a light-hearted manner. As a result, there was no reason for the CBFC to ask for the removal of any visual or dialogue. They gave a clean U/A to the film without asking for any sort of cut,” the source said.

Strangely, Jayeshbhai Jordaar had already secured the censor certificate back in February itself. The length of the film, according to the certificate is 124 minutes.

This is the reason why exhibitors are happy. “Jayeshbhai Jordaar is one of the shortest Bollywood films in a long time. Post the third wave, except for John Abraham’s Attack, all the major films which were released like Badhaai Do, Gangubai Kathiawadi, Jhund, The Batman, The Kashmir Files, Radhe Shyam, Bachchhan Paandey, RRR, KGF – Chapter 2, Heropanti 2 and Runway 34 were more than 2 hours and 20 minutes long. A few films like RRR, The Batman, Jhund, etc had a runtime of nearly 3 hours. It becomes a challenge to accommodate shows when films are lengthy, ” a source from exhibitors said.

The source also said, “Hence, it’s heartening to see Jayeshbhai Jordaar being just 2 hours long. Even Doctor Strange In The Multiverse Of Madness, which will be released this week, is 2 hours and 6 minutes in duration. It’ll be easy to plan the showcasing for both these films. Single screens next week can also give sufficient shows to both the films thanks to their short length.”