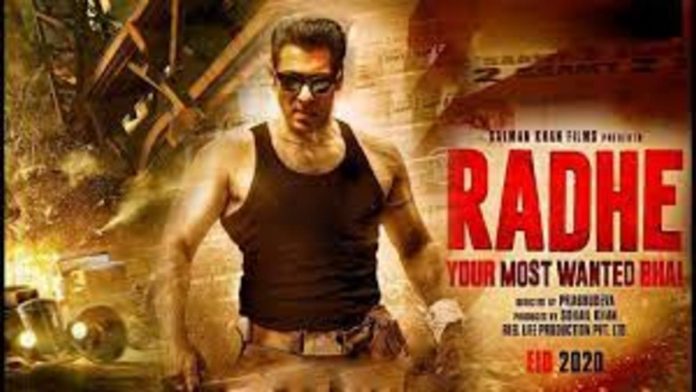 The Central Bureau of Film Certification (CBFC) has certified the trailer of Salman Khan’s starrer Radhe : Your Most Wanted Bhai. The makers of the film had submitted a theatrical trailer to the CBFC for its clearance. The film was given an UA (Unrestricted Public Exhibition – But With Parental Guidance) certificate in last week on March 24. Now the makers of the film are awaiting the launch of the trailer in any near time.

According to the reports, the trailer which is 2.43 minutes long was without any cuts.

Taking to his social media Salman Khan has recently announced the releasing date of the film that will be on May 13. Sharing a poster of his film he also announced that the film will release on Eid as it was earlier said. “Eid ka commitment tha, Eid par hi aayenge kyun ki ek baar jo maine……. #RadheOn13thMay #2MonthsToRadhe (sic),” he wrote.

The film is directed by Prabhudeva and is a Hindi remake of South Korean film The Outlaws. With Salman Khan it also stars Disha Patani in lead roles.

Apart from the lead roles the film also has some other important roles which will be played by Randeep Hooda and Jackie Shroff.

The story features Salman Khan as an undercover policeman who tries every possible course of action to bust a drug cartel run by the character of Randeep Hooda.

The film Radhe: Your Most Wanted Bhai was earlier scheduled to be released on Eid in 2020 but had to be postponed due to the coronavirus pandemic. The shoots were also paused because of the lockdown, which were later resumed in October 2020 when the restrictions were lifted.