Can Monkeypox Be Sexually Transmitted? Here Is What Initial Study Says 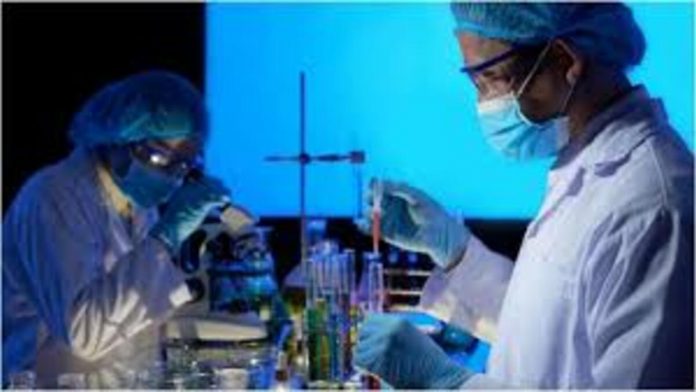 According to the World Health Organization, the monkeypox virus can spread through sexual contact, as evidenced by the initial appearance of genital or peri-anal rashes in many cases. Now, the virus has been discovered in seminal fluid, according to a recent study.

The outbreak in other non-endemic nations was also found to be dominated by a specific social network — men who have sex with men (MSM) — lending credence to the sexual transmission explanation.

This mode of transmission is unusual for the disease, as is the geographic scope of the present outbreak, with the majority of individuals having no history of travel to endemic nations. According to the UN health agency, the virus spreads by close contact with lesions, body fluids, respiratory droplets, and infected objects such as bedding.

The epidemiological, clinical, and virological aspects of four cases of monkeypox in Italy were studied in a study published on June 2, 2022 in Eurosurveillance, Europe’s journal on infectious disease surveillance, epidemiology, prevention, and control.

Following travel in the first two weeks of May, four males in their 30s from the MSM community tested positive for the monkeypox virus. Three of them went to Gran Canaria for a mass meeting, while one went for sex work. All four have had STIs in the past, and two of them are HIV positive.

“Although these findings cannot be regarded as conclusive proof of infectivity, they do reveal viral shedding, which cannot be ruled out in terms of transmission efficiency,” the investigators said.

While these discoveries are significant, there is little evidence to show that monkeypox is transferred sexually, according to David Heymann, former chief of WHO’s emergencies department, who stressed that monkeypox is not a sexually transmitted illness. “We need to be able to comprehend all modes of transmission.” The only thing we know for sure is that the virus is spread through physical touch.”

When an infection is almost exclusively transmitted through sexual contact, it is referred to as a sexually transmitted infection, or STI. “Monkeypox is not a STI, according to our current understanding.” If there are lesions in the genital area, it transmits during sexual intercourse,” he explained.

According to James O Lloyd-Smith, professor of ecology and evolutionary biology at the University of California, Los Angeles, monkeypox is behaving considerably differently than it has been thought to propagate in African countries where it is endemic.

Several specialists are concerned that labelling monkeypox as sexually transmitted may stigmatise a certain culture. According to them, appropriate messaging is critical, especially now that Pride Month is beginning.

It’s semantics, she continued, whether the disease spreads through sperm, vaginal fluids, or skin-to-skin contact.

Monkeypox is not just affecting a specific group, but its symptoms are also unlike anything seen in African countries. Monkeypox symptoms often begin with fever, chills, and enlarged lymph nodes one to two weeks after exposure, followed by a rash that develops into blister-like lesions and then converts into scabs a few days later, both of which last about a day each.

According to a report, what we are seeing now is a more milder presentation of the symptoms leading up to the rash, which are often neglected.

Another distinction is the location of these lesions, which usually start at the head and extend to the arms and legs. However, lesions are now beginning to occur in the vaginal or perianal region.

However, there is still a lot of unanswered questions. “Is it the actual close skin-to-skin contact that causes the dissemination of respiratory secretions during sexual encounters?” Or is it a sexually transmitted infection that spreads through the exchange of body fluids during sex?” According to Amesh Adalja, a senior scientist at the Johns Hopkins Center for Health Security in Baltimore,