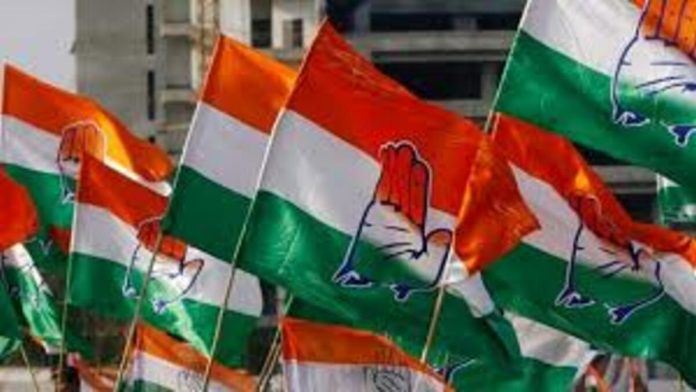 On Sunday, two days beyond the party’s “deadline,” the six Congress MLAs who had stayed away from the Taj Aravali resort in Udaipur joined the rest of the ruling party’s legislators there. The Congress has gathered its members at the resort ahead of the Rajya Sabha elections on June 10. Following a meeting with Chief Minister Ashok Gehlot late Saturday, the six, including a minister, reversed their positions. A private plane was used to transport the MLAs to Udaipur. They arrived at 1 p.m., accompanied by Gehlot himself.

The conclusion of this story for the Congress came on the same day when Mahesh Joshi, the government’s chief whip and Cabinet Minister, wrote to the state Anti-Corruption Bureau (ACB) requesting a probe into alleged horse-trading tactics. Party insiders interpret the complaint as a subliminal warning to Congress and supporting MLAs not to cross-vote. Joshi had also filed FIRs with the Special Operations Group (SOG) in 2020 in connection with a suspected horse-trading plot to destabilise the Gehlot government.

“As is well known, a climate of buying and selling of MLAs or voters, in a corrupt way, is developed in several states of the country, especially surrounding political activities such as elections,” Joshi wrote in his complaint to the ACB chief. There are fears on social media and in other channels that money power would play a role in the Rajya Sabha elections (in Rajasthan). According to the Constitution, luring or buying MLAs or anyone else in a corrupt manner, or improperly influencing elections, falls within the category of crime.”

“This includes the exchange of money,” he continued. Both giving and receiving money in a corrupt manner fall under the range of cognisable offences. Because I am the government’s Chief Whip, it is my moral responsibility to make a written request to you, so that you can prevent such corrupt and inappropriate attempts.”

“There is worry on many social media and channels that the tactic of horse-trading may be used before the Rajya Sabha elections in Rajasthan,” Joshi told reporters after submitting the complaint. Rajasthan has a zero-tolerance approach when it comes to corruption. Corruption of any form is not allowed in Rajasthan, as you can see by the ACB’s constant action wherever corruption exists.”

“It has been provided because of the manner in which an environment was created where large-scale horse-trading will happen,” Gehlot told reporters at Udaipur airport when asked about Joshi’s complaint. When a major industrialist shows up, you immediately understand why. What votes will the BJP get if it doesn’t have the numbers? Where did you get it? Why? What makes you think they’ll get votes? And how can anyone, be it the BJP or anyone else, have (cross-voting) hopes from them when I keep saying that everyone is united with us and has supported us in times of crisis? So I’m not sure what conversation took place between them and their top command and the local leaders; they should know. We can declare, however, that our kunba (clan) is unified, and that we will win all three seats.”

As things stand now, the Congress will be able to send two people to the Rajya Sabha, while the BJP would only be able to pick one. However, the ruling party has three candidates, while the BJP has two. So, in order to win an additional Upper House seat from Rajasthan, both parties will rely on votes from outside own organisations. The Congress, which currently has 108 MLAs, needs 15 more votes to gain its third seat, and claims to have the support of another 18 MLAs. The BJP now has 71 MLAs in the House and will need 11 legislators to win the second seat.

Following Joshi’s complaint, three FIRs were filed in 2020. One FIR did not name anyone, while another mentioned Bhanwar Lal Sharma, a then-rebel Congress MLA from Sardarshahar, suspected middleman Sanjay Jain, and Gajendra Singh. Gajendra Singh Shekhawat, a Jodhpur MP and Union Jal Shakti minister, was named by the Congress as the perpetrator. Sections 124A (sedition) and 120B of the IPC were used to file the FIRs (punishment for criminal conspiracy). All three FIRs were later transferred to the ACB when the SOG withdrew the sedition charge.

“We had difficulties and we raised those points ‘loudly’ with CM sahib,” Nagar MLA Wajib Ali, one of the Congress members who was holding out, told The Indian Express on Sunday after landing in Udaipur. These difficulties would be solved, according to CM sahib. The bureaucracy’s and other ministries’ negligence that we’ve been dealing with for a long time will be addressed.”

The six met with Congress prior of the Upper House elections to “bargain,” claiming that they had been ignored. Rajendra Gudha, Minister of State for Sainik Kalyan, stated on Friday that some former Bahujan Samaj Party (BSP) MLAs had not been treated with the respect they deserved, while Ali, a Bharatpur district MLA who was previously with the BSP, said his complaint was about bureaucracy.

Gudha had slammed Gehlot on Friday, saying the CM talked too much and that it would be better if he sat down and “worried” instead. “Bolte bahut hain, bolte toh hain he, ke ye kiya, media mein bolte hain,” Gehlot sahib said. Kabhi baith ke chinta karte toh zyada theek hota (Gehlot sahib talks a lot, and he does talk a lot, and he says so in the media that he has done this.) But it would have been better if he had sat down and worried),” the minister said in Jaipur to reporters. Gudha is also in charge of the departments of Home Guard and Civil Defense (Independent Charge), as well as Panchayati Raj and Rural Development, in addition to the Sainik Kalyan (Independent Charge) portfolio.

“Public welfare initiatives aren’t executed efficiently due to bureaucratic flaws,” Ali stated the following day, expressing his misgivings. There were numerous complaints about the Public Works Department and unlawful mining, and I wrote to the CM on several occasions, but we have no idea what happened to them.”