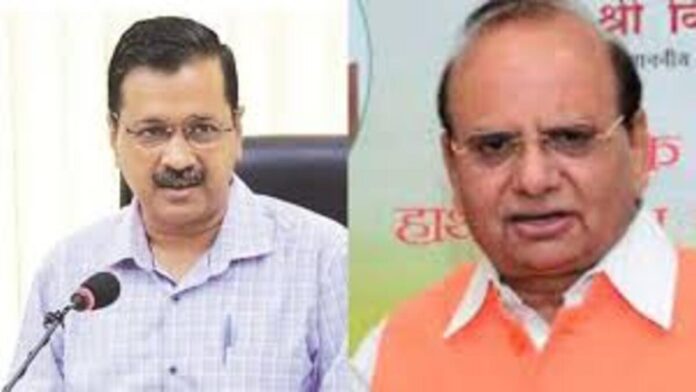 The city’s bureaucracy is under pressure as a result of the conflict between the offices of the Delhi Chief Minister and the Lieutenant Governor.

The most recent battleground is the House floor of the reunified Municipal Corporation of Delhi (MCD), where police were deployed in unprecedented numbers on Friday to stop violent altercations amongst freshly elected members.

Since Delhi is not a full state and the Services department falls under the L-G, officials deployed in the Delhi government claim that administration has always been a controversial topic, but since the new L-G, V K Saxena, assumed office last year, things have been more antagonistic.

According to insiders, the city’s bureaucracy is closely monitoring this week’s Supreme Court proceedings regarding who controls “Services” as well.

“While relations between the L-office G’s and the Chief Minister have been tight since since the Aam Aadmi Party won a landslide victory in 2015, there was a time between 2017 and 2021 when things had settled into a more relaxed routine. The AAP government and the L-G office are quick to tag personnel as belonging to one group or another, which has made things more difficult for the bureaucracy in recent months, according to a senior IAS officer deployed in the Delhi government who spoke on the condition of anonymity.

Senior bureaucrats were allegedly not showing up to meetings that ministers had organised, according to an affidavit that the Deputy Chief Minister Manish Sisodia submitted to the Supreme Court last year. A few weeks later, the AAP government claimed that ministers were not receiving papers and that the L-G was giving orders without consulting anyone.

“You have two authority figures in this circumstance, and anything you do could be seen as showing your allegiance. The L-G evaluates our annual performance, but we work closely with ministers every day. It’s a Catch-22 situation,” a different officer, who wished to remain unnamed, added.

Another officer claimed that as the civic elections, which were held last month, got closer, it got harder to walk the tightrope.

Receiving funds for nearly all projects — no matter how big or small — now requires a lot more paperwork, the officer claimed. This is because the MCD elections were delayed because the Centre decided to reunite the three former civic bodies. Even regular files keep moving back and forth between offices while waiting for permission.

Delhi is a unique Union Territory that is run jointly by the elected state government and the federal government through the L-G. The L-G covers issues relating to land, law enforcement, public order, and services. The L-G effectively became the overall leader and administrator of Delhi in 2021 after the Parliament enacted the Government of National Capital Territory of Delhi (Amendment) Act, 1991.

After the L-G appointed 10 Aldermen to the MCD and members to the Haj Committee last week without consulting the AAP government, the situation reached a head. CM Arvind Kejriwal wrote to Saxena that the elected government would “become irrelevant” because the word Administrator was used in every law and provision intended for the state.

Will the L-G ignore the elected government going forward and use his powers at his own discretion? Because it is stipulated in the DMC Act that the Administrator shall appoint, the L-G office has filed a statement opposing the direct appointment of 10 Aldermen and the presiding officer, Kejriwal claimed.

According to another bureaucrat, this suggests that the MCD might be the next site of conflict between the two administrative bodies, especially in light of the fact that, despite the AAP’s majority in the civic body, administrative control—particularly with regard to the distribution of funds—lies under the Ministry of Home Affairs.