Budget 2021, A big boosting plan to revive the economy !

"This budget provides every opportunity for our economy to raise and capture the pace that it needs for a sustainable growth," the Finance Minister Nirmala Sitharaman told in parliament while she unveiled the Union Budget. 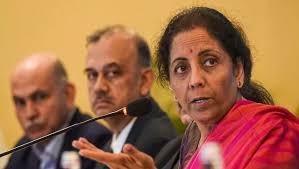 Union Budget 2021 announced a big spending plan focused on healthcare and infrastructure to revive the coronavirus devastated economy which has contracted to the lowest of decades.

The planned expenditure of US$30.6 billion on health and well-being schemes was more than double the equivalent outlay in the previous budget, although it included US$4.8 billion for the country’s ambitious Covid-19 immunisation drive, with plans to vaccinate 300 million by July.

The nation of 1.3 billion was badly hit by one of the world’s strictest virus lockdowns, with growth slumping by a historic 23.9 percent in April-June, and the economy expected to contract 7.7 percent in 2020-21.

“This budget provides every opportunity for our economy to raise and capture the pace that it needs for a sustainable growth,” the Finance Minister Nirmala Sitharaman told parliament while she unveiled the Union Budget.

The health sector has long suffered from chronic underinvestment. As of 2017, the country had 0.8 doctors per 1,000 people, around the same level as Iraq, according to the World Bank.

Asia’s third-largest economy was in the throes of a slowdown even before the pandemic, during which it has recorded the second-highest number of coronavirus cases at 10.7 million.

Infrastructure was another big-ticket item, with some US$76 billion — 34.5 percent more than in the previous budget — to be sunk into major projects, including roads and railways.

Divestments — including of national carrier Air India and part of the government’s stake in the country’s largest insurer, Life Insurance Corporation — would help to raise US$24 billion, Ms Sitharaman said.

But the sales of both state-run firms have been on the cards for some time, with the mooted IPO of the insurer sparking a walk-out by nearly 100,000 staff last year.

With lenders also struggling with a mountain of bad debt, Ms Sitharaman said $2.74 billion would be put aside for the next financial year to recapitalise state banks.

Social security benefits, including minimum wages, will be extended to workers in the gig economy, which has flourished amid cheap mobile data and abundant labour.

The raft of spending measures will blow out the fiscal deficit to 9.5 percent of GDP for the financial year ending March, Ms Sitharaman said, from a forecast 3.5 percent.

The government plans to borrow an additional US1.1. billion to fund the deficit, she added.

In its annual economic survey, the government said there would be a “V-shaped” recovery after the severe contraction, forecasting growth to hit 11 percent in the 2021-22 financial year.