‘Bringing back of Jayalalitha’s legacy,’ the center of focus in Tamil Nadu

"Almost all of us were handpicked by Sasikala along with Jayalalithaa. So, we have some loyalty. Moreover, she is a strong leader. She will only add strength to AIADMK," a senior AIADMK member said. 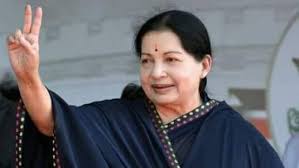 The tussle over the ownership of AIADMK and J Jayalalithaa’s legacy is intensifying in Tamil Nadu. On Wednesday, Chief Minister Edappadi K Palaniswami unveiled Jayalalithaa’s memorial in Chennai just as her close aide VK Sasikala signed the prison release documents in Bengaluru.

The only unexpected twist was Sasikala being admitted to Victoria Hospital for Covid-19. Else, many had expected her to show her strength by entering the Jaya Memorial — the same place where she had apparently taken a vow some four years ago.

The image of Sasikala thumping her fist on Jayalalithaa’s grave before leaving for the prison in Bengaluru remains fresh in public memory.

The minutes of the two events — the unveiling of Jayalalithaa’s memorial and Sasikala signing her release documents — almost happened parallel.

Chief Minister EPS had ensured to bring in lakhs of party cadres from across the state to witness the grandiose of the memorial shaped in the form of a phoenix bird (something Jayalalithaa is often addressed as for beating defeats to rise back).

Minister Sellur Raju went a step ahead by booking many coaches on a train to travel to Chennai from Madurai along with thousands of supporters.

Aspire Swaminathan, AIADMK’s IT wing secretary and media coordinator, told India Today TV that this exhibited the cadre strength of his party. “Amma’s government under the leadership of CM and Deputy CM, which everyone predicted would fall in three to six months, has proved them wrong. They have established a strong government and instilled confidence in the AIADMK cadre. That is the reason lakhs of cadres have come to show their support.”

The celebrations at Marina beach in Chennai didn’t cast a shadow over the developments in Bengaluru where Sasikala was released.

Thousands of cadres gathered there too outside the Victoria Hospital. Sasikala’s nephew and general secretary of AMMK party, TTV Dhinakaran said, “I see it in a positive way that cadres are celebrating Chinnama’s (Sasikala) release in a grand manner in Chennai.”

He added that there will be a grand welcome for Sasikala after she is discharged from the hospital.

Reporters repeatedly asked Dhinakaran if Sasikala and his AMMK party would merge with AIADMK but Dhinakaran refused to comment on anything political.

However, this has been the question on the minds of AIADMK cadre and political observers as well.

A senior AIADMK functionary who didn’t want to be named said, “Almost all of us were handpicked by Sasikala along with Jayalalithaa. So, we have some loyalty. Moreover, she is a strong leader. She will only add strength to AIADMK.”

The AIADMK cadres have also been witnessing a cold war between Chief Minister EPS and Deputy Chief Minister O Panneerselvam (OPS). The latter is yet to start campaigning.

EPS had kick-started campaigning without OPS. Both leaders have been issuing advertisements about their individual achievements separately.

But while joining, he had laid down certain conditions that have never been met. OPS wanted the PWD ministry for himself, the education ministry for his follower K Pandiarajan and a high-powered steering committee in AIADMK headed by him.

Senior journalist Priyan told India Today TV, “OPS is obviously very dissatisfied. He is sticking around because he is still the deputy chief minister. EPS is trying to emerge as the sole leader of AIADMK. OPS feels he would be completely sidelined after the elections. So, considering that Sasikala is from his same caste and still might have a soft corner for him, OPS feels she will be able to contain EPS’s growth. That is the reason he is fine with Sasikala merging with AIADMK.”

On the other hand, this show of strength is most crucial for EPS who is trying to emerge as the face of AIADMK. He is riding on the success of his governance and strengthening AIADMK is the main task before him.

Political observers haven’t missed his recent moves to ensure Sasikala is kept out of the picture. The most glaring one of course was the unveiling of the memorial on her release date, even though many were of the view that next month would have been more appropriate as it would be Jayalalithaa’s birth anniversary.

The next point was making a statement that AIADMK won’t accept Sasikala into the party in Delhi after meeting Amit Shah.

“He could have made that statement in Chennai. But, EPS wanted to send across the message to cadres that probably the central government is not in favour of Sasikala. We know that BJP has played a major role in AIADMK’s internal politics since the demise of Jayalalithaa,” added Priyan.

Unlike DMK, AIADMK never had a succession plan. That is probably the reason why AIADMK had witnessed two major succession wars.

On December 24, 1987, AIADMK split into two factions. One led by MG Ramachandran’s wife Janakai and another by his party’s propaganda secretary J Jayalalithaa.

After a tumultuous set of events, Jayalalithaa took over the party. MGR never named or groomed anyone to be his successor.

Jayalalithaa, however, later claimed she was his successor.

A similar set of events unfolded after Jayalalithaa’s death in 2016. She had Sasikala as a close confidante but refused to publicly make her a political leader. She did not groom any of the leaders. OPS was only used as a stopgap arrangement.

Political analyst R Radhakrishnan told India Today TV, “There are several claimants to Jayalalithaa’s legacy, starting from Deepa, TTV, Sasikala and others. Only time will tell who will inherit her legacy. As of now, EPS is only the CM and not inheritor of Jayalalithaa legacy.”

But Aspire Swaminathan said, “AIADMK doesn’t have an autocratic leadership. All decisions are by both EPS and OPS. As our CM said all 1.5 crores of AIADMK members are successors of Amma and MGR.”

As Tamil Nadu gears up for an assembly election, the next few months would be crucial for AIADMK.