Boris Johnson Resigns Amid Growing Demands For His Resignation 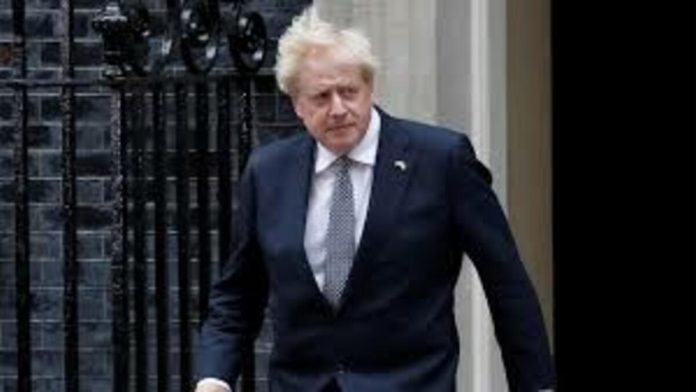 Following a string of scandals that rocked his government, British Prime Minister Boris Johnson announced his resignation as leader of the Conservative Party on Thursday. This sparked a leadership election for a new Tory leader who will eventually succeed him.

Johnson, 58, declared he would stay in control at 10 Downing Street until a new leader had been chosen, which is anticipated to happen around the time of the Conservative Party conference in October.

While giving his resignation speech outside 10 Downing Street, he condemned his party’s “herd instinct” and lamented leaving the “greatest job in the world.”

Johnson gave a statement in which he announced the end of his three turbulent years in office, saying, “I want you to know how sad I am to be leaving the best job in the world.

“Johnson read out his address, which lasted just over six minutes, with little emotion. “It is apparent now that the parliamentary Conservative Party wants a new leader of that party and hence a new Prime Minister,” Johnson said.

“I have agreed with Sir Graham Brady, the chairman of our backbench MPs, that the process of choosing that new leader should begin now and the timetable will be announced next week,” the prime minister said. “I have today appointed a Cabinet to serve as I will until a new leader is in place.”

Reiterating his “great mandate” from the general election of 2019, the outgoing leader said that he had “worked so hard in the last few days to continue to deliver that mandate in person.”

In reference to the recent high drama, Johnson stated that he had attempted to convince his colleagues that it would be absurd to change governments with such a broad mandate, when the Tories are only a few points behind in the polls, and when the domestic and global economic environment is so challenging.

He also emphasised some of his government’s accomplishments, such as the rapid implementation of COVID vaccines in Europe.

Added him: “I regret not having won those fights, and it is obviously terrible for me to not be able to personally see through so many ideas and projects.

“As we saw in Westminster, the herd instinct is strong, and when the herd moves, it moves. My friends in politics, no one is even close to being indispensable, and our great Darwinian system will produce another leader, equally determined to guiding this nation through difficult times.”

The resignation was warmly received by members of the Opposition and a sizeable portion of his own party, with Labour Leader Keir Starmer praising it as wonderful news for the nation.

However, many Conservative MPs disagree with Johnson’s decision to stay in government for a few more months before appointing a new leader because his authority has been so obviously undermined by his own erstwhile allies.

Even in the face of what appears to be defeat, Johnson remained defiant and appointed a number of replacement Cabinet ministers to take over the positions left empty by furious former colleagues, including Indian-origin Tory MP Shailesh Vara as the new Northern Ireland Secretary.

After days of tremendous political hysteria and a steady series of resignations from within the UK Cabinet since Tuesday, Johnson’s decision to resign eventually came just minutes after his newly chosen Chancellor to replace Rishi Sunak penned a blistering public letter urging him to leave immediately.

Prime Minister, you know in your heart what the correct thing to do is, and go now, said Nadhim Zahawi, an Iraqi-born minister who is one of the front-runners to succeed Johnson in 10 Downing Street.

His demand came in response to more than 50 resignations that have occurred since Johnson’s apology on Tuesday, which came after days of contradictory statements from Downing Street regarding the hiring and treatment of the now-suspended Chris Pincher. Chris Pincher resigned as the Deputy Chief Whip in charge of Tory party discipline last week after admitting to intoxication-related misconduct. It follows the COVID lawbreaking parties in Downing Street partygate affair, which last month led to a vote of no confidence that Johnson narrowly avoided.

With MPs currently putting themselves forward for the leadership position, his resignation has set off a vigorous leadership contest within the Conservative Party.

Goan-origin Suella Braverman, the UK Attorney General, withdrew her support for Johnson and is one of the first MPs to stake a claim to run for leadership. She chose not to resign from Cabinet, claiming that her legal role required her to continue.

Zahawi and Foreign Secretary Liz Truss are among the others anticipated to enter the contest, along with former Chancellor Rishi Sunak and former Health Secretary Sajid Javid as potential rivals.

It was Johnson’s tenure as British Prime Minister that put India and the UK on the path to a “Comprehensive Strategic Partnership.”

Johnson was widely regarded as an eager supporter of stronger connections with India and shared a palpably close relationship with the prime minister, whom he frequently referred to as his “khaas dost” or special buddy.