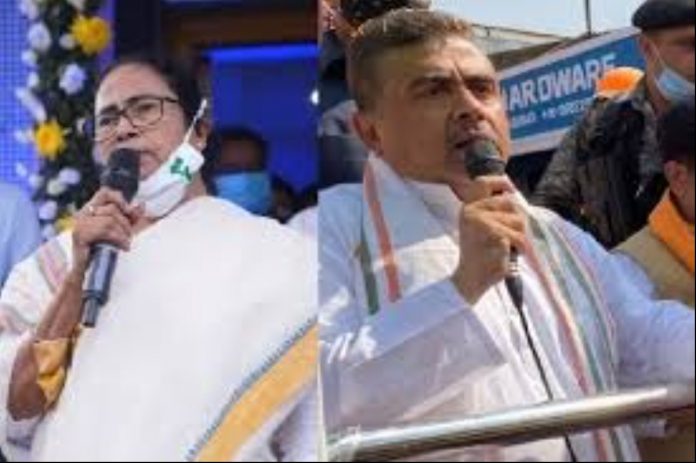 With a heating battle between Bharatiya Janata Party (BJP) and Trinamool Congress (TMC) and releasing lists of candidates for contesting in the first phase in elections in West Bengal, the Nandigram constituency in East Midnapore is slowly preparing itself for the high-pitched fights the state has seen lately.

Chief Minister Mamata Banerjee on April 1, will take on her biggest dissenter Suvendhu Adhikari in Nandigram. Polling will be held in eight phases in the state staring from March 27 and results on May 2.

Both the ruling TMC and its biggest opposition BJP has started building their own helipads for the battle as a cluster of VIPs and star campaigners are likely to congregate on the roads for the upcoming few weeks. TMC has already done a test on its helipad on Sunday.

TMC has launched its helipad in Bartala while, BJP is coming with a helipad in Tengua.

The Chief Minister and the new BJP recruited Suvendhu Adhikari have announced to file their nominations on March 10 and March 12 respectively.

Adhikari, who is fighting elections first time from BJP has challenged the TMC supremo of defeating her by over 50,000 votes.

“I will defeat her. She was scared of contesting the polls from her existing seat Bhawanipore in Kolkata. And that’s why she has come to Nandigram. The people will reject her,” Adhikari had said, to which TMC replied that he should start with work instead of challenging.

“He has claimed this many times. He should start working now. Mamata has already been to Nandigram. He should also get down to work. We would like to see how things unfold,” said Subrata Mukherjee, a veteran TMC leader.

Amid the battle, TMC is in search of finding a house for CM Banerjee, where she can stay during the elections. After search the party has only found two houses, one of which belongs to a local teacher and another to a former defence personnel.

Nandigram is one of the main constituencies for Mamata Banerjee as mass movement against the land acquisition during 2006-2008 had paved a path for TMC and led TMC to be in Power in 2011.