J P Nadda said the initiatives in BJP's manifesto for Assam were to strengthen connectivity, infrastructure, education, health and women empowerment as part of the party's aim for inclusive development. 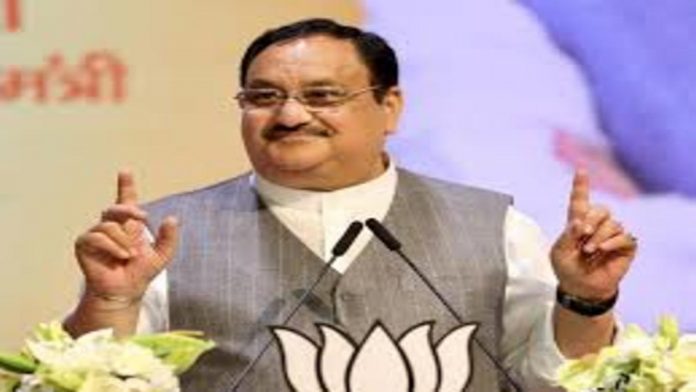 The manifesto has initiatives for boosting up the infrastructure, education, women empowerment, connectivity and health for the development of the state, said Nadda.

Likewise CAA in Bengal the BJP has made a promise for the implementation of NRC (National Register of Citizens) in the state as its key work, said the party president. “We will work on a corrected NRC for Assam’s protection. We will protect genuine Indian citizens and detect infiltrators to ensure the Ahom civilization stays safe,” he said.

Here is the list of promises made by BJP in Assam:

1. Mission Brahmaputra, under which the BJP will build big reservoirs around the river to conserve extra water and save the people from floods

2. Orunodoi Scheme, under which 30 lakh deserving families will be paid financial support of Rs 3,000 per month, up from Rs 830

3. BJP has committed to stop illegal encroachments from Namghars and help them with Rs 2.5 lakh each for proper reconstruction

4. Mission Shishu Unnayan, under which BJP is committed to providing quality education to children. The party will provide cycles to girl children after Class VIII

5. BJP to work towards a “corrected NRC” to protect “genuine Indian citizens” and “detect infiltrated people”.

8. Job opportunities for youth: Assam will become the fastest job creator state in the country, says Nadda. BJP has committed to provide 2 lakh jobs in the public sector, of which 1 lakh will get jobs by March 31, 2022. It will also provide 8 lakh jobs in private sector.

9. Entrepreneur schools will be developed, along with the right financial support and environment.

The president however, did not mention anything on CAA in its manifesto. When he was asked by the media professionals on CAA he replied that the CAA is a central legislation and hence it would implemented in letter and spirit.

The state will go under polling in three phases on March 27, April 1 and April 6 of which counting will be on May 2.