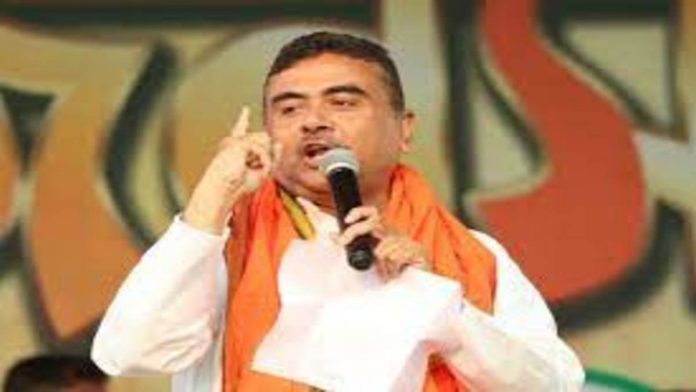 The BJP’s endeavors to counter reports of the “reverse migration” of its leaders to Mamata Banerjee’s Trinamool Congress in Bengal failed on Monday as a part of its MLAs avoided Suvendu Adhikari’s meeting with the Governor. Mr Adhikari – who is additionally the Leader of Opposition in the Bengal Assembly – met Governor Jagdeep Dhankar on Monday evening with a group of party MLAs.

The meeting was intended to notify the Governor about “several inappropriate incidents happening in Bengal and discuss other important matters”.

However, with 24 of the BJP’s 74 MLAs neglecting to go with him, speculation began about the chance of additional reverse migration from the party. The matter likewise offered belief to the view that not all MLAs were prepared to acknowledge Mr Adhikari’s leadership.

Mr Adhikari – who joined the BJP last December – had acquired importance in the party at first by persuading countless leaders to follow him and afterward with his triumph against Mamata Banerjee from Nandigram in an intently battled election.

After the election, he was named head of opposition in Bengal and in a takeoff from the standard, was even welcome to Prime Minister Narendra Modi’s twister audit meet with Mamata Banerjee last month.

Sources have said many MLAs are upset and some are in contact with the Trinamool, expecting to return following the strides of Mukul Roy.

Last week, Mr Roy – the main key Trinamool leader to join the BJP – got back to the Trinamool with his son Subhrangshu. Many other leaders, including Rajib Banerjee and Dipendu Biswas, are expected to follow after accordingly.

Chief Minister Mamata Banerjee has said her party will “consider the case of those who had left TMC with Mukul for BJP and want to come back”. Her party said over 30 MLAs have been in contact with them.

Prior to Mr Roy, leaders like Sonali Guha and Dipendu Biswas had straightforwardly said that they wished to get back to the party and looked for the Chief Minister’s forgiveness.

The BJP has been keeping up that everything is great. But Suvendu Adhikari said they will seek to anti-defection law against those returned to Trinamool.

Gotten some information about his father who abandoned from Trinamool to the BJP, Suvendu Adhikari said he would just talk about the MLAs.

Alongside senior leaders, even party workers currently say they wish to get back to the Trinamool.

A video from Bengal’s Birbhum showed BJP workers sitting on dharna outside the Trinamool office trying to get back to the party. The specialists are seen holding posters and are heard saying ‘sorry’ to Mamata Banerjee and interesting to her to take them.