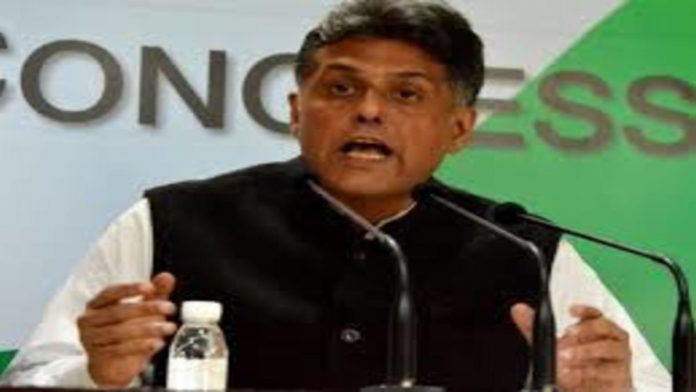 On Sunday, Congress MP Manish Tewari said that the BJP-led central government has made a “proposal” to expand the number of MPs in the Lok Sabha to 1000 or more by 2024, but that any such decision should be subjected to public deliberation.

In a tweet, Manish Tewari said, “I am reliably informed by Parliamentary colleagues in @BJP4India that there is a proposal to increase strength of Lok Sabha to 1000 or more before 2024. New Parliament Chamber being constructed as a 1000 seater. Before this is done there should be a serious public consultation.”

Another Congress MP Karti Chidambaram said, “Public debate is needed. A large country like ours needs more directly elected representatives. But if the increase is based on population it will further diminish the representation of the southern states, that will not be acceptable.”

The Lok Sabha currently has 543 members while the Rajya Sabha has 245 members. However, with the completion of the new Parliament building, the government has hinted at raising the number of public representatives in Parliament.

Lok Sabha Speaker Om Birla remarked in a December 2020 interview with India Today that it is reasonable to expect a rise in the number of MPs in the near future because many Lok Sabha constituencies represent (as much as) 1.6 million to 1.8 million people.

Many legislators, according to Om Birla, are hampered by a lack of room in the Lower House. “Presently, if all 543 MPs are present in the building, they are not all visible from the Chair—many MPs even have to sit behind pillars. They complain that in such a situation they are unable to [address the House] properly and face difficulties working. The desks and seating areas are crowded. There is no space for modern multimedia communication equipment and voting systems,” he said.

The Lok Sabha Chamber in the new Parliament building would accommodate 888 members, with the option of increasing the capacity to 1,224 during joint sessions, according to Om Birla. Similarly, the Rajya Sabha Chamber would be able to seat 384 members.

missav jav HUNTB-369 "If you can insert one, you're not a virgin! - Just insert! - '' ``Don't move! - 』, Breaking the promise with her older sister, the virgin bare roller coaster piston! JUQ-099 The first black ban in life! - ! - Married Woman Drowning In Black People Minami Yasu BOKD-259 A Perverted Man's Daughter Who Loves Lazy Semen That Comes Out Of Her Cock Tsumugi Kashii DASS-068 A New Employee Who Was Trained To Have Nipples Orgasm So Much That Her Boss Hated Her Beautiful Breasts Every Day And Incontinence Was Taught Hana Hakuto HMN-261 On The Night Of The Fireworks Festival, The Sudden Heavy Rain Drives Me Crazy I Ran Into A Love Hotel Room With A Classmate Girl Who Was Dripping With Broken Hearts And Was Dripping With Heartbreak Rima Arai